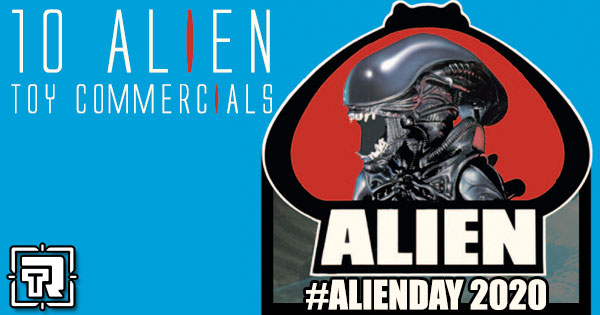 Since April 26th is #alienday (SUNDAY), we decide to salute the franchise and the many toys and video games it spawned with 10 toy commercials. To be honest, we never knew about a lot of these until today. How many of these did you own? Enjoy! #alienday2020

Aliens - 1992 - Product Line
It’s fascinating that not only did the first Alien film spawn a toy, but its sequel Aliens spawn even more.

Another really cool game from LJN!

Atax, Flying Alien Queen, and More!
I had heard of the Gorilla Aliens before, but Atax and the chance to bottle the bugs? Nice!

Aliens vs. Predator - Action Figures "The Battle is On"

The Alien Killer Crab? So many cool toys out there I have never heard of!

This is a pretty gruesome commercial.

I would love to have this rendition of the Power Loader.

What is that Face Hugger one, again?

Who doesn't want to cover their action figure in Ooze?

Why are the Predators the good guys? Perhaps you want to fight as an Alien?