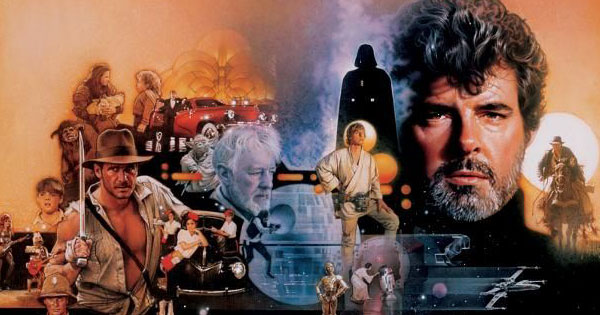 10 DAYS IN MAY THAT BELONG TO GEORGE LUCAS

In case you hadn’t noticed, the second to the third week of May, through Memorial Day weekend, belongs to George Lucas. No, he didn’t buy it, he simply released the majority of films prior to Memorial Day. Surprisingly absent from the list is Raiders of the Lost Ark, released June 12th. There are 10 George Lucas produced and or directed films that became the quintessential kick off to Summer. A huge point of contention, for many Star Wars fans, was The Force Awakens arriving in December and not being a part of the summer. Remember, that one wasn’t George’s call.

It’s funny now to look at how the world has changed and Lucas was and is still ahead of the curve. Unknowingly he successfully blocked a huge chunk of days that, because of social media, have people reminiscing about his work and keeping it in the pop zeitgeist. Star Wars is forever, whether you love it all or just the original films. The man in the hat is perpetually our hero, no matter how old he gets. Surprisingly, it looks as if Willow Ufgood may ride again.

In order, by date, here is George Lucas' May.

Take Note: We supplied you with a few original teaser trailers below that you probably don't remember.