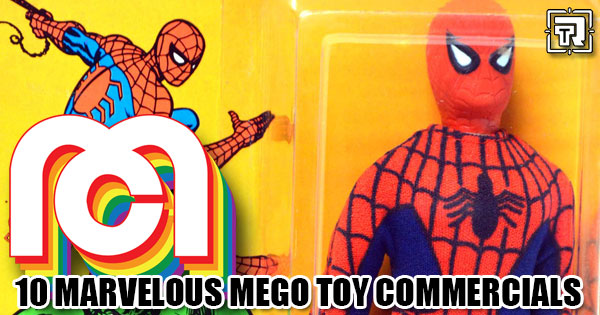 We thought we would journey back this week to TV Land and see what came before for Mego and perhaps what we may see in the future (Planet of the Apes!)? It also doesn't hurt that it is #Spidermanday 2020 and the Mego Spidey was practically a staple of the line.

Not only do we get a blending of poverties here (Marvel and DC), Junkies, but we also get Tarzan too! Hopefully, we will see Shazam soon as a new movie arrives in 2019.

It doesn’t look as if Marvel and Disney will be returning to MEGO, but this TV spot is one my favorites as I have the Spider-Man, still.

Well, clearly we need this to return. Was that Cher at the beginning?

The Falcon is great, but Iron Man clearly needed a new head sculpt.

Long range activators? That is awesome!

They are already back in 2018. We are just waiting on the Tin Man and the Scarecrow.

So far the Batman figures released, as well as all the DC characters, have been in the 14-inch scale. It’s doubtful we will see a Batmobile in that size. Yet, anything is possible.

This one will probably come back, after all, we have Charlie’s Angels and The Brady Bunch, again. So where are Ponch and Jon?

We need that idol playlet. It looks hella cool! undefined

Mego Planet of the Apes

When Mego? When will the apes be returning?