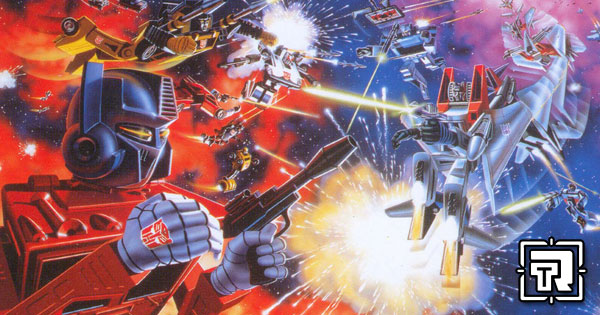 We thought, with the new Netflix Series out now, what better opportunity for us to focus our weekly feature on G1 Transformers. Check out our collection of vintage G1 Transformers toy commercials. Many highlight multiple characters from the original cartoon as well as animation from that series. #HappySaturday!

Optimus Prime
Whoa, did you see Megatron? To say nothing about the kid with the green eyes!

Blaster
NOT A WORKING RADIO! Why not? That would have been cool. Hey Hasbro, how about making one like that today?

Triple Changers
Not nearly as cool as Blitzwing and Astro-Train.

Skylynx
I think I liked Skylynx better has a character on the show than as a toy. Cool to hear Peter Cullen’s voice in this spot.

Sixshot
As cool as the concept of 6 different modes is, it seems a bit excessive.

Metroplex & Combaticons
When you see the Combaticons united as Bruticus in this spot, then their size in relation to Metroplex, it is as if a fly is attacking Godzilla.
Seriously, the Combaticons are either brave or completely stupid.

Battlechargers
I always thought that the Battlechargers came too late in the game. They felt like a step back instead of a step forward in toy design.

Transformers Autobot Cars UK Commercial
Something for the Junkies across the pond; this commercial is actually pretty cool and ties in those favorite characters from Transformers: The Movie.