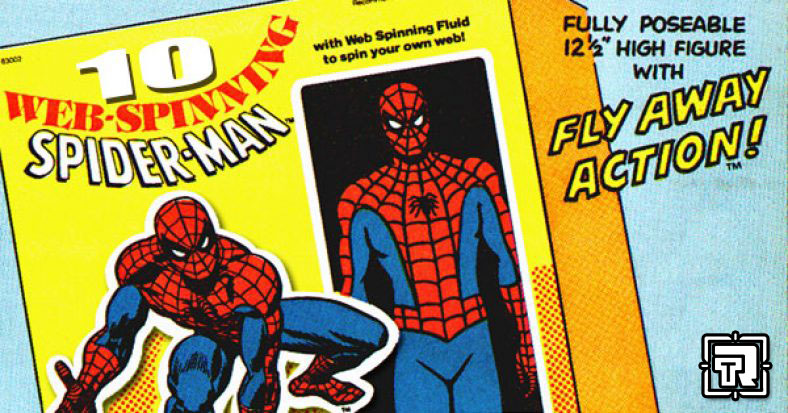 Greetings true believers, today we thought we would celebrate our favorite Web-Head with a look back at his Web-Spinning toy commercials. It's a mixed bag of retro cool and jaw-dropping bewilderment. Enjoy!

Spider-Man "Action Figures" by Toybiz
Based on the '90s cartoon series. They weren't terrible, but great if you still have them Mint on the Card!

Marvel Ultimate Spider-Man Gear
Never did I have anything this cool as a kid. I know of one kid who had a Spider-Man ski mask and that was it.

Spectacular Spider-Man McDonalds Happy Meal
Remember when Happy Meal Toys were great? Apparently, that time ended not too long ago.

Remco Energized Spider-Man
Who knew the Red Dragon was such a threat to Spider-Man to warrant an appearance in a toy?

Spider Man's Web-Force and Web-Car
Please tell me how Peter Parker could afford a car?

1976 Japanese Spider-Man Toy Commercial
Wait, is Spider-Man selling the toy? Is the toy of Spider-Man?

Spider-Man Spider-Wars Collection
Outside of Doctor Strange, the rest of the figures are now a part of the last two waves of Spider-Man Marvel Legends. Why didn't Hasbro Retro Pack them?

Mego Hulk And Spiderman Figures
These were awesome! Yes, I actually had them!

1980 Spiderman Viewmaster
Yep, they sold kids a giant flashlight with Spider-Man on it.