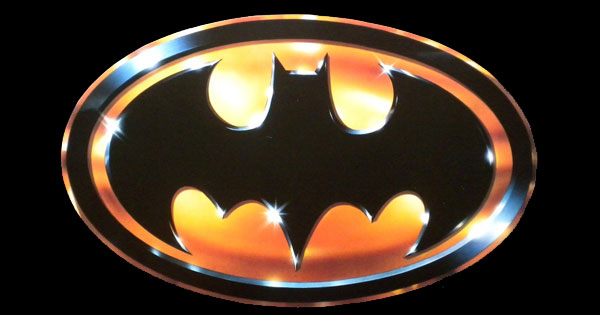 Total Toy Recon celebrates the release of Batman (1989) with a look back at one of the most influential Batman films of all time. However, let’s get one thing straight, we love Tim Burton’s now classic film from 1989. So the following questions are in fun and made to take with a roll of the eyes. Perhaps you’ll completely agree or perhaps you’ll see the film a little differently. Regardless, Batman is still an incredibly fantastic adventure and relaunched the superhero film genre into the stratosphere.

Not one reporter knew about Bruce Wayne’s tragedy?
The Gotham Globe would definitely have at least one hardcopy story on file on the murder of two of the wealthiest people in the city. There really wasn’t a single person who did a follow-up story or an anniversary piece or wrote: “tragic millionaire donates to the orphans of Crime Alley in parents’ memory”? This is way before the internet, so Knox should have known this. He didn’t just show up like Vicki Vale, he has been working the streets and the cops long enough that he should have known about Bruce Wayne. What’s an even bigger kicker is that Vicki has to tell Knox to look up a street address and that is what puts two and two together.

Where did the Joker get customized leather jackets?
After the Joker takes over the gang from Carl Grissom, the next day (in movie time) we see him call all the bosses together and tell them he is now in charge. Bob and the rest of the Goons arrive with Tommy Guns and are decked out in Joker Logo Leather Jackets. Where did those Jackets come from? Today, to get a fleece pullover embroidered jacket takes at least 6 days. Where did these full-on bomber jackets come from in less than 24 hours? Are we to believe that the Joker had an underground graphic design/ tailor/ screen printer at his disposal?

Where did Batman store the Batwing?
A big issue for Batman is maintaining his secret identity, a fact that is brought up in Batman Returns when the Batmobile must be repaired. The question of where the Batwing was stored (or better yet, took off from) is a legitimate one. It is clearly not a jump jet, so did he have a private airstrip on the grounds of Wayne Manor? Did Batman (a vigilante) call to air traffic control and say he was taking his private plane up? Which opens up the door to how the hell did another plane not fly into him?

Was Vicki Vale really at Corto Maltese?
We learn that Vicki Vale is more than just a fashion photographer, she actually has covered the hell of what happened in the Corto Maltese. So in short, she has seen some pretty gruesome things. Yet over the course of the entire film, Vicki Vale screams at EVERYTHING. She is constantly terrified and shrieks at the drop of a hat. We think that she was never actually on location, especially since her name was spelled wrong on the cover of Time Magazine. She is merely posing as the photographer, Vicky Vale, to win a Pulitzer.

How did the Joker take down the Batwing?
Batman unloads everything in the Batwing’s arsenal to take down a smiling Joker. He fails, miserably. The Joker then produces a Smith & Wesson Model 15-3 with a custom 21-inch barrel and takes down a very expensive customized jet. We have to look to the comic book adaptation for an answer and it was an explosive shell! No, I did not make that up (see the panel below). Batman states it, and he should know since it hit his very expensive toy. However, this is never mentioned in the film thus it did not happen with an explosive shell. So how did one bullet take down a jet?

Was Vicki Vale that loose or is Bruce Wayne that smooth?
One has to wonder, just how easy is Vicki Vale? You could say Bruce is certainly charming or that the amount of money he has is attractive. Yet Vicki beds down with the millionaire pretty  quickly after only knowing him socially for a few minutes. Not really a great role model. At least Catwoman/ Selina Kyle never slept with Batman/ Bruce Wayne.

Why didn’t Alfred cover for Bruce after the Vicki sex romp?
In the morning, Vicki invites Bruce to dinner later that day. Bruce apologizes and states he has an out of town business meeting. On her way out Vicki states that she will see Alfred and Bruce when they get back. Alfred then throws Bruce under the bus by assuring her they aren't going anywhere. Hello? Did Alfred not remember that it was the anniversary of Thomas and Martha Wayne’s deaths? That Bruce would not only have to pay tribute to his parents but probably be emotionally upset? Better yet, if you are the butler, that makes you the ultimate wingman. His response should have automatically been, “Yes, ma’am, we shall see you immediately upon our return”, then head upstairs and ask his master, “we’re going somewhere?”.

How did the Joker’s Goons get to the top of Gotham Cathedral?
The big showdown between the Joker and Batman happens in the Gotham Cathedral, at the very top. This is an impromptu location, as it is where Batman crashed the Batwing. The Joker, at the base of the Cathedral, then instructs his men to pick him up there. Sounds good right, until you realize that he is alone with Vicki Vale. None of his henchmen are present. Yet who is waiting up in the shadows of the Bell Tower? A whole mess of Goons for Batman. How the hell did they get up there without any prior knowledge as to where they would be needed?

No one called the police because a huge crazy car is parked in front of the gallery?
Batman’s escape from the Art Gallery is one of his most iconic moments on screen. However, if he arrived in the car or even if Alfred piloted the car there remotely, how come no one saw it or reported it? Now the Joker’s Goons might have been too busy or were just not paying attention, but a concerned citizen or patrol officer just strolling by is another story.

No other cities were affected by the Joker’s tampering with the personal hygiene products?
According to Batman, the Joker has tampered hundreds of products at the source. So we are forced to believe that the big conglomerates producing mouthwash, deodorant, and hairspray (multiple ones, mind you) all received some sort of by-product and had it placed in their mixture? Sorry, but the Joker Venom from the comic, as a means to kill someone, is easier to believe. This would immediately come up as an issue of bioterrorism, even in 1989, and thus be a federal concern. Where were the government agents descending upon the city?

How did the Joker get control of the TV broadcasts again?
It always amazes me how supervillains, from the Joker to Cobra Commander, can somehow commandeer a television signal. How come no one in the real world has ever done this? Probably because it is impossible, especially if the Television studio is the source and the Joker's broadcast is an outside signal.