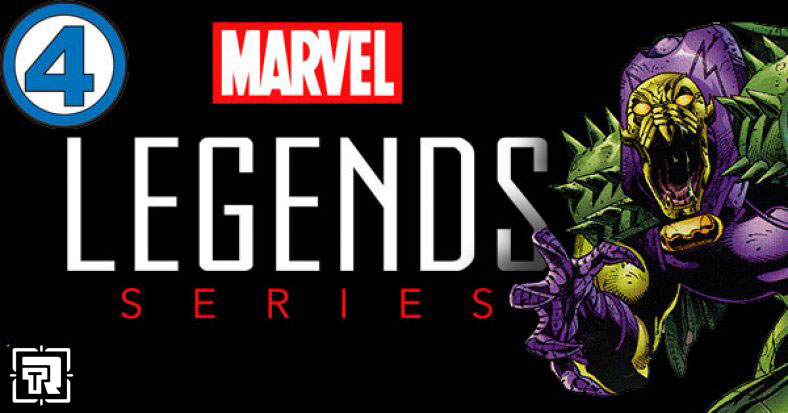 Hasbro's Marvel Legends line is a behemoth to collect. Not only are they constantly expanding the line, but they are also releasing characters from Marvel's movies and their TV shows (oh, and video games now too). The logic behind what characters are chosen can be a bit confusing. Sometimes it can be who is going to resurface in the comic universe. Another factor can be fan demand. There is, of course, all the factors we, as fans, are not privy too. We decided to poke the dragon that is the Marvel Legends fandom with a list of our own.

Identity: Gorgon Petragon
First Appearance: Fantastic Four (vol. 1) #44
Powers: When it comes to Gorgon, he has it all. Superhuman strength, stamina, durability, and the list goes on.
Last Action Figure: Gorgon had a decent Toy Biz in 1995, but as for a Legend, never.
Why: This one of the characters that keeps getting customs made by fans. With the addition of Black Bolt and Medusa into the line, he is the next logical choice.

Identity: Ben Grimm
First Appearance: As this Thing, Fantastic Four (vol.1 ) #310
Powers: Super strength and rock hard skin.
Last Action Figure: Never in this incarnation.
Why: There have been multiple 6-inch versions of "classic" Thing made. This one, from F.F. #310, is unique enough to warrant a Walgreens Exclusive. We have to throw in at least one member from Marvel's First Family. What did you want, a super sexy costume version of the Invisible Woman?

Identity: Crystalia Amaquelin
First Appearance: Fantastic Four  (vol. 1) #45
Powers: Manipulation of the 4 elements.
Last Action Figure: Never in the 6-inch scale.
Why: Here is another character that people love to make customs of. She is part of the royal family, in the Inhumans, and has been romantically attached to both Johnny Storm (the Human Torch) and Quicksilver (the X-Men). There is usually one new female character added per wave, Crystal seems like an obvious choice.

First Appearance: Fantastic Four Annual(vol. 1) #6
Powers: Superhuman strength, speed, stamina, agility, reflexes, and he wields Cosmic Control Rod.
Last Action Figure: 2006, Hasbro Build-A-Figure
Why: In 2006 we could see why this character would get a BAF, today he deserves his own release. With the F.F. due to make a pop culture explosion, we expect to see Annihilus arrive much sooner than later. Even if he turns up at Walgreens we will be happy.

Identity: aka Sparky
First Appearance: Fantastic Four (vol. 1) #45
Powers: Super strength and teleportation.
Last Action Figure: In 2016, a 3.75-inch scale was made as a SDCC Exclusive. Mezco Toyz has a One:12 Collective version in the works now.
Why: If you have the Inhumans, as action figures, and no Lockjaw, it's like having Batman and no Alfred. Lockjaw is a staple of that crew. A Build-A-Figure would seem unlikely, however, the recent rendition of Molten Man for Spider-Man: Far From Home shows that Hasbro is willing to make them big if they have too.