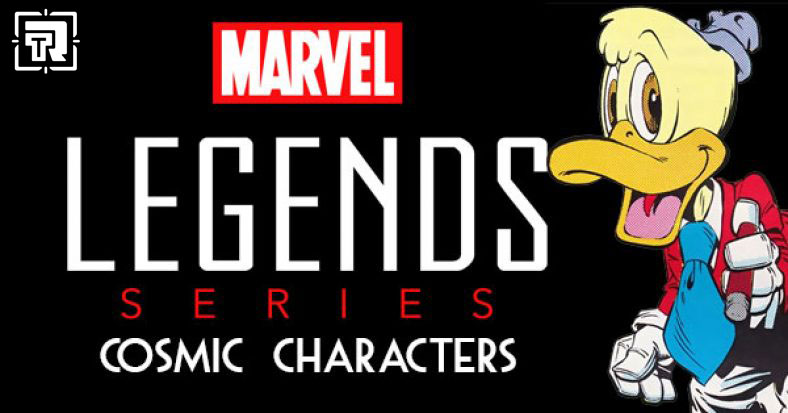 Hasbro's Marvel Legends line is a behemoth to collect. Not only are they constantly expanding the line, but they are also releasing characters from Marvel's movies and their TV shows (oh, and video games now too). The logic behind what characters are chosen can be a bit confusing. Sometimes it can be who is going to resurface in the comic universe. Another factor can be fan demand. There is, of course, all the factors we, as fans, are not privy too. We decided to poke the dragon that is the Marvel Legends fandom with a list of our own. Over the next 5 days, we will post our list of characters that need Marvel Legends.

Today we dive into Marvel's Cosmic characters. The Guardians of the Galaxy opened the flood gates to the cosmic characters, however, with the end of the Thanos storyline, and Captain Marvel allowing fans to explore those characters more we expect to see far more characters from that part of Marvel's library.

Identity: Howard Duckson
First Appearance: Adventure into Fear #19
Powers: Master of Quack-Fu
Last Action Figure: 2003 (6-inch scale, as an accessory to the Silver Surfer), 2016 (3-inch scale, SDCC Exclusive)
Why: A couple of years ago a 6-inch scale of Howard the Duck would have been a SDCC Exclusive or one of those tiny Build-A-Figures like Hit Monkey or Rocket Raccoon. In fact, Howard never has had a proper release with multiple points of articulation and accessories. If we use the recent release of Spider-Ham as an example of how to release a new Howard, he should come with a giant-sized chest to the Build-A-Figure piece.

Identity: Wendell Vaughn
First Appearance: Quasar #1 (Oct, 1989).
Powers: "The Quasars' powers are derived from the pair of Quantum Bands fused to the bearer's wrists (or more specifically, from the seven gems on each of the bands)." - Wikipedia
Last Action Figure: 3.75-inch scale Marvel Legend
Why: The Quantum Bands are an incredible source of cosmic power. Several individuals, throughout Marvel's history, have the bands but Wendell Vaughn's Quasar (above) seems to be the fan-favorite for a modern Marvel Legend.

Identity: Heather Douglas
First Appearance: (as Madam MacEvil) Iron Man (vol. 1) #54
Powers: "A powerful telepath, master martial artist, minor telekinetic and highly skilled geneticist". - Wikipedia
Last Action Figure: Never
Why: Moondragon keeps coming up on a lot of lists that we see for must-have for new Marvel Legends. Her history, in the Marvel Universe, is pretty broad squaring off against everyone from Daredevil to Thanos. A third Guardians film appearance may cement in the next batch of Marvel Legends.

AKA: Captain Marvel
First Appearance: Captain Marvel (vol. 5) #16
Powers: She has superhuman strength, can fire energy blasts, fly, and is considered an energy sponge.
Last Action Figure: Never
Why: A great sign that the people want a figure of someone is how many customs you can find online. Phyla-Vell is such a character. This dark design, over that of the classic Captain Marvel look, is exactly what the fans of the character and Marvel Legends want, based on the customs.

Identity: Owen Reece
First Appearance: Fantastic Four (vol. 1) #20
Powers: Has the ability to warp molecules and reality on a universal scale.
Last Action Figure: Never
Why: Here is another character in the Marvel Mythos that is overdue for a 6-inch Marvel Legends. Perhaps Hasbro is waiting for the Fantastic Four to become a household name again, but when the likes of Squirrel Girl get a figure and Molecule Man has more doesn't, you after wonder how much longer for this guy.

Identity: Tyros
First Appearance:Fantastic Four (vol. 1) #211
Powers: Former Herald of Galactus and all-around powerhouse character
Last Action Figure: 2011, Build-A-Figure
Why: Yes, Terrax the Tamer has a had Marvel Legend in the past. Yet with the passing of time, that figure is incredibly dated. A new sculpt of Terrax, with multiple points of articulation, is required. Besides that original makes his look like Apocalpyse's overachieving brother.