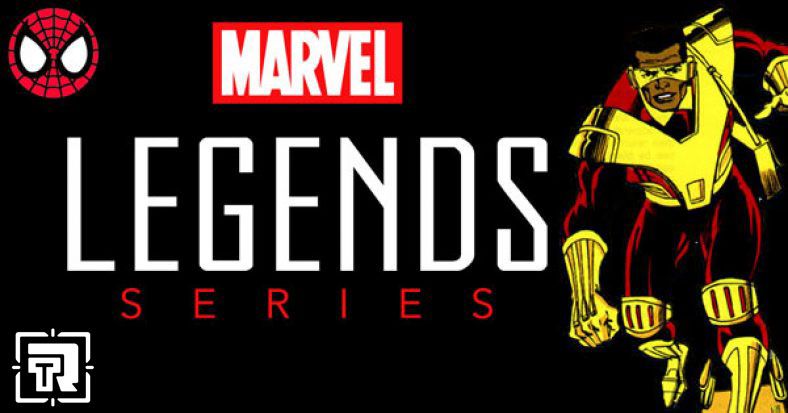 Hasbro's Marvel Legends line is a behemoth to collect. Not only are they constantly expanding the line, but they are also releasing characters from Marvel's movies and their TV shows (oh, and video games now too). The logic behind what characters are chosen can be a bit confusing. Sometimes it can be who is going to resurface in the comic universe. Another factor can be fan demand. There is, of course, all the factors we, as fans, are not privy too. We decided to poke the dragon that is the Marvel Legends fandom with a list of our own.

Identity: Robert Farrell
First Appearance: The Amazing Spider-Man #172
Powers: Think Iron Man gadgets and gauntlets but rides a skateboard that defies gravity.
Last Action Figure: Never
Why: The Rocket Racer has been around since the Seventies and has made multiple appearances across comics and cartoons. We even though at one point Donald Glover was going to play in Spider-Man: Homecoming (he turned out to be the Prowler). This is a crazy character who is tech-heavy and rides a skateboard. The variations on which head they could include would dictate which era of the character you prefer. An odd but likely choice for Hasbro.

Identity: John Jameson
First Appearance:The Amazing Spider-Man #124
Powers: "When exposed to the Godstone, John Jameson transforms into the werewolf-like creature Man-Wolf". - Wikipedia
Last Action Figure: Toy Biz, 2011
Why: Man-Wolf has a figure before and a good one too. Monster characters are usually big with the kids, well they used to be anyway. We could see Man-Wolf returning as a Walgreens Exclusive.

Identity: Various
First Appearance:Amazing Spider-Man #134
Powers: Various
Last Action Figure: Marvel Legends, 2009
Why: We've decided to go with the Anton Rodriquez version of the character, despite using Luis “el Arana” Alvarez in the picture above. Anton was trained assained with point spikes on his feet. He decided to up his game by undergoing an experiment that would give him Spider powers. It when as bad as it did for Jeff Goldblum in the film "The Fly". The character has a great design and could enter the Spiderverse realm when Marvel deems fit. A mutated version may be too horrific but would be greatly appreciated. He is in serious need for an updated release.

Identity: Richard Deacon
First Appearance: Amazing Spider-Man Annual #10
Powers: "A criminal that was imprinted with the genetic code of a housefly." - Wikipedia
Last Action Figure: Never
Why: We are going with the fact that Marvel and Disney may tap this old character for a reboot in Spiderverse. He didn't last long in the comics and seemed like an odd choice because Spiders usually catch flies and not the other way around. It is a great design and something we hope Hasbro makes into a figure.

Identity: Jackson Wheele
First Appearance: Amazing Spider-Man #182
Powers: "A criminal that rides the Big Wheel vehicle." - Wikipedia
Last Action Figure: Never
Why: Bear with us but we think Big Wheel could be the first MEGA Build-Figure release. Imagine two full waves of Spider-Man Marvel Legends that would allow you to build this insane vehicle. So how do you get Jackson Wheele then? Bring back the Mail-Away figure enabling fans to send in their proofs of purchases on this MEGA Legends set.

First Appearance:Amazing Spider-Man #130
Powers: Can stick to walls and shoot webs.
Last Action Figure: Disney Store Exclusive, April 2019.
Why: The Spider-Mobile has gone from running joke, to cool nostalgia, to post-apocalypse ride (See Mark Millar's "Old Man Logan" storyline). The likelihood that Hasbro would produce a vehicle for 2 Marvel Legends to sit in, on a massive scale, is unlikely. With that being said, the power of the Spiderverse may usher in the vehicle as a Comic-Con Exclusive.