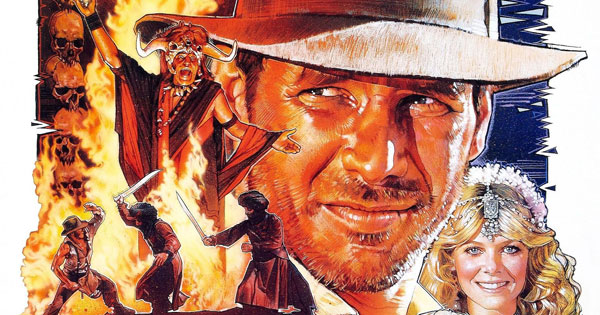 It seems hard to believe that 12 years ago, Indiana Jones and the Kingdom of the Crystal Skull arrived in theaters (on May 22nd). With the onslaught of Indy products that were arriving, Hasbro launched a complete series of Indiana Jones figures that would encapsulate the entire saga. Yes, all four films would have various figures released over the course of several months. What Hasbro did not count on was the Indy IV failing to connect with the audience like the previous three films. To be fair, that could be one aspect of it, but it could also be that Indy fans never really collected Indy action figures to begin with.  The big kicker, for this fan, was that Hasbro decided to release them in waves. The first being the most obvious, Raiders, the second being Crystal Skull, the third being Last Crusade, and the fourth, the black sheep, Temple of Doom.  For this Indy fan and many others, the Temple of Doom wave is the lost wave. I spent months trying to track them down, long after the film was out of theaters and now on home video. Why? Well, I actually like Temple of Doom and I happened to get a sneak preview of the figures at the San Diego Comic-Con in July of 2008 (included below) and loved them. I wanted these figures, not Irina Spalko and Mutt Williams, but Mola Ram and Willie Scott! Thus the great quest had begun and continued to this day. Full disclosure, the list below will not only feature some of the lost wave of Hasbro figures, but additional items released under the Temple of Doom moniker.

You’re welcome. No seriously, you are welcome. I just introduced you to the best t-shirt website on the planet, Last Exit to Nowhere. This company produces licensed shirts of all your favorite movies. Many of the designs will be obscure references but when someone recognizes it, you know you just found a kindred spirit. Club Obi-Wan is one of my favorites (Order it HERE).

It seems strange, but there actually isn’t a Raiders of the Lost Ark lunch box. So if you wanted something with Indy on it, to carry your lunch, with a hard plastic thermos, this was your first choice. The number of “kids” supporting the Temple of Doom lunch box has been lost to all time, but getting this now is better than buying one of those plastic ones.

Why place a LEGO set on our list? Because this was another "blink and you missed it" product that also suffered from Kingdom of the Crystal Skull fatigue. The set looks awesome and has not only retained its value (to collectors) but has actually gone up in value (see HERE on Amazon). This looks like a fantastic set to build onto as well.

Official Product Description: Features 2 rail carts, trapdoor in the temple, barrier and stone traps on the track, and a sword trap under the temple. The combined length of Temple and mine track is 37 inches (94cm) long. Includes 6 minifigures, Indiana Jones, Short Round, Willie, Mola Ram, and 2 Temple guards.

All right, this one is relatively new, but with any collectible, it is all in actually getting one in your hand. This is a Disney Parks exclusive Pop! Vinyl and easily purchased at one of their theme parks. Sure I could order it, but what fun is that? Hell, my first Indy poster came from MGM Studios (Last Crusade). I need to go back there and pick one of these up!

Mixed into 3.75” release of all the Indiana Jones figures was a slight tangent into Hasbro’s Mighty Mugg line. Why Molo Ram over someone like Short Round? We’ll not only did it come with a cute flaming heart, he also had a removable helmet (you know the one with the shrunken head on it). Yeah, I picked up this bad boy at a discount outlet. He now resides on my coffee table.

Okay, arguably the least favorite character in the entire Indy Saga (with Mutt ranking maybe one point higher). However, when I saw this Willie Scott on display at Comic-Con (above), she came with the lava dipping cage. Oh, sweet mother of pearl, the chance to drop her into the lava myself was too good to pass up. I can find no mention of the cage actually being offered. Perhaps this was only for the Hasbro Comic-Con display? I don’t care. At this point, I want Willie Scott for my own lava dipping creation. No offense, Steve, I liked her in SapceCamp and Dreamscape, just not in Temple of Doom.

Yeah, I know, it is just more of the same- flaming heart, big headdress, mean scowl, but what Indy fan wouldn’t want the second big baddie in the franchise. Hasbro really outdid themselves with this sculpt, but alas Molo Ram disappeared quickly.

All right, a big leap from the Hasbro action figures, but when all is said and done, one could spend uncountable hours hunting flea markets and toy shows for something that Hasbro should have just released on their website, or you could just get the title character in all his glory. Sideshow releases always make a fine addition or centerpiece to any collection. Indy, you are the fortune and glory you were talking about. (see it HERE on Sideshow)