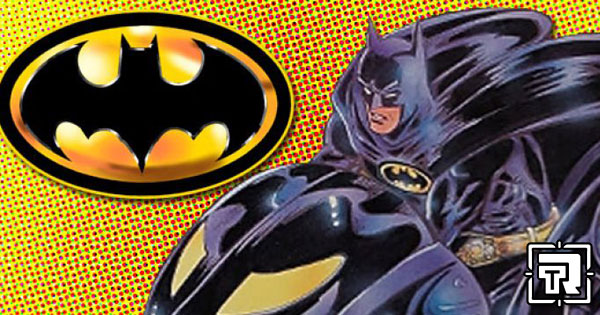 BATMAN 1989 COMMERCIALS FOR THE 31ST ANNIVERSARY

June 23rd marks the 31st-anniversary of Batman (1989). If you think you know what hype is, you don't, unless you grew up in that era of Batman-Mania. Batman was everywhere in 1989 because it was the 50th-anniversary of the character. As I said before, Batman-Mania was everywhere and so thick that even if you didn't watch TV or go to the movies you couldn't help but see Batman's emblem everywhere. Everything leading to that one day was insane. June 23rd. June 23rd. June 23rd. Warner Bros. wanted to make sure you knew that date better than your own name. On June 22nd, at 8 PM, my parents got my brother and I in line and at midnight. It was glorious as was that whole summer of 1989. Below is just a sampling of the 1989 Batman-Mania that we had to endure. Enjoy and #LongLiveTheBat.

Batman: The Dark Knight Collection - The Batcycle
The undercover Bruce Wayne figure was really cool (despite the Bat logo on the chest).

Batman: The Dark Knight Collection - Sky Escape Joker Cycle and Crime Attack Batjet
These were by Kenner and a step up from the Toybiz releases.

Batman Tech Suit and Batcopter
The vehicles got better, however, the crazy suits were always lame.

Batman 1989 Taco Bell Collector Cup
Taco Bell items are the only thing I miss out on because Taco Bell is disgusting.

Batman 1989 Diet Coke Commercial
This was on the front of the VHS tape. Indiana Jones and the Last Crusade also had one that year for Diet Coke.

Batman 1989 Cookies
I don't remember these so they must not have been released in the US.

Batman 1989 "A Hero In Black" Full Version TV Spot
This is far better than the feature-length trailer, which, by today's standards, drags.

Batman Cereal
The adventure continues... in your cereal bowl!