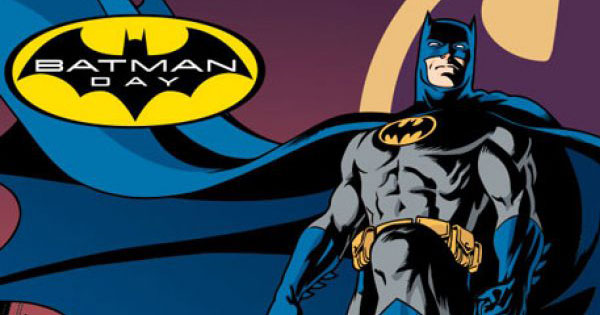 Batman Day 2021 is Saturday, September 18th. Yes, all over the country people will be donning capes and cowls in honor of Batman.  We decide to dedicate this week's toy commercial column to Batman. However, for this one, we decided to open it and cover a wide variety of items. Case in point is our first one which ran on the Batman (1989) VHS. Enjoy! #LongLiveTheBat

Opening to Batman 1989 VHS
This was your lead in on that Video Cassette. It brings backs so many memories.

Batman and Robin Bat Coders
Ah... Mego. It's amazing how a few stickers can make all the difference.

Imaginext Batman Transforming Batcave
Why would Batman keep the Joker locked up in his secret lair? Then again, it would be better than Arkham.

SEGA's The Adventures of Batman & Robin Commercial (1994)
I NEED THIS GAME!

Zellers Batman Commercial (1989)
The animation here is amazing. I don't remember Zellers though.

Batman Forever McDonalds Commercial
Was it worth Warner Bros. to destory Tim Burton's vision to sell Happy Meals and glass mugs? Sorry, still angry about this movie and the fourth one.

Batman: The Animated Series Action Figures (2015)
This was made by DC Collectibles for their incredible toy line!

"Dirty Crooks" - Batman Lava Soap
We knew we wanted to include something from the 1966 series... but soap? Wow.