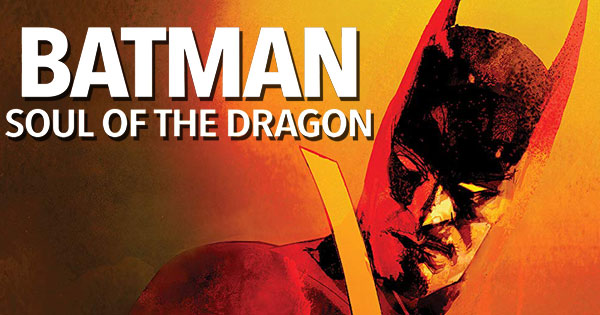 Warner Bros. Home Entertainment has released an action clip from their upcoming "Batman: Soul of the Dragon".

Press Release: Ben Turner/Bronze Tiger gets the spotlight in this week's "Batman: Soul of the Dragon" official clip from Warner Bros. Home Entertainment. The film will be available on Digital starting next Tuesday, January 12.

In the clip, martial arts expert Ben Turner unleashes his rage upon a group of criminals in a warehouse ... another step in his evolution to becoming Bronze Tiger. Ben Turner/Bronze Tiger is voiced in the film by Michael Jai White (Arrow, Spawn).

An all-new original animated film, "Batman: Soul Of The Dragon" does a deep dive into Elseworlds vibes by putting Batman in the midst of the swinging 1970s. Faced with a deadly menace from his past, and along with his mentor O-Sensei, Bruce Wayne must enlist the help of three former classmates – world-renowned martial artists Richard Dragon, Ben Turner and Lady Shiva – to battle the monsters of this world and beyond. The film is rated R for some violence.