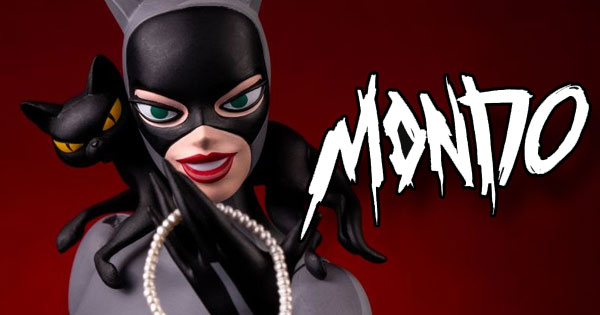 Press Release: Tomorrow we fall back into Gotham City with a celebration of all things BATMAN: THE ANIMATED SERIES. Kicking things off are a couple of brand new posters by Phantom City Creative for the episodes "Dreams in Darkness" and "Harley's Holiday." Full disclosure: we originally planned on having our second BTAS x PCC gallery show in May, but given the state of things, we've instead decided to pivot and release the posters created for that show in a series of online drops over the coming months.

Nobody has a grip on this iconic series quite like Phantom City. Six years, dozens of posters, a gallery show, and a vinyl box set later... this still remains one of our favorite artist/property pairings ever. PCC still have so much to say and plenty of episodes to spotlight... and this is just the beginning, we can't wait to share what else is cooking in the Bat-kitchen.

Posters go on sale Thursday, April 16 at 11 am (CT) via THE DROP. Be sure to keep an eye on our social media channels for any updates and on sale info.

From PCC:
"Episodes featuring the Scarecrow always allowed for some great surrealist imagery because of his fear toxin, and Dreams in Darkness features the best hallucination sequence of all. There’s an amazing sequence where Batman hallucinates each of his villains morphing from one to the next. It’s nightmarish stuff, and I wanted the poster to emulate that."

From PCC:
"Harley Quinn is a fan favourite, and this episode is one of her best. Finally deemed “sane” by the doctor’s at Arkham, Harley is free to enjoy her life. But after a small misunderstanding in a store, her day spirals out of control and causes havoc for Gotham. With this poster, I took inspiration from vintage travel posters, but instead of idyllic vistas and scenery we see the wreckage caused by one little mixup."

Based on the seminal BATMAN: THE ANIMATED SERIES, the Catwoman 1/6 Scale Figure stays true to the animated classic. Sculpted to match the iconic style of the show with a paint scheme evoking the bold, graphic look of an animation cel. Designed by Joe Allard, sculpted by Ramirez Studios, and painted by Jason Wires Productions, the figure features packaging designed by Brent Ashe with art by Phantom City Creative. Catwoman comes fully equipped to slink into your collection, and maybe take something from it...

The figure goes on sale Thursday, April 16 at 11 am (CT) via mondoshop.com. Be sure to keep an eye on our social media channels for any updates and on sale info.