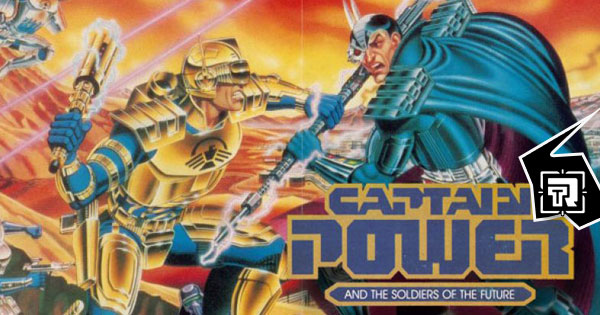 CAPTAIN POWER AND THE SOLDIERS OF THE FUTURE – TOY COMMERCIALS

Yes, I am old enough to have played with Captain Power toys. They were insane fun and an action figure version of Laser Tag. I also remember the TV series, that went with toys. If you have no clue what I am talking about or the interactiveness of the toy line, sit back and enjoy!  #POWERON

Rare Original CAPTAIN POWER Promo
A taste of what the show was going to be like. These, outside of Lord Dredd, are not the actors that would be on screen. This is probably from a Mattel Toy Fair display.

Power Jet XT7
Wait, that's not Captain Power (as played by Tim Dunigan) from the show!

The Phantom Striker
I love how it starts as a regular commercial and then interrupts with a "message from the future"!

The Interlocker
Yes, that is Buck (Chris Young) from The Great Outdoors and PCU as the older brother!

The Power Jet XT7  (2nd TV Spot)
Loved the design of this ship. You rarely saw it on the series, outside of the end credits (second to the last video in this article).

Captain Power Italian Toy Commercial
A great highlight of the figures and the use of stop-motion photography is aweome!

Captain Power Interactive Video Tape Commercial
Because the TV series wasn't on all the time, Mattel released videos that you could play and train with.

Captain Power Training 1 Part 1
Yes, we found one of them on YouTube! Here Captain Power (Tim Dunigan), is your instructor.

Captain Power TV Commercial (1987) Universal Studios Hollywood
This would have been awesome if you lived in Los Angeles in 1987. I did not.

Captain Power End Credits
This was your last chance to get some practice in or actually get hit. It was a fun show and a great way to start your Saturday mornings. The whole series has been collected on DVD, it is worth picking up.

Captain Power -Episode 1- Shattered
Here is the first episode of the series!