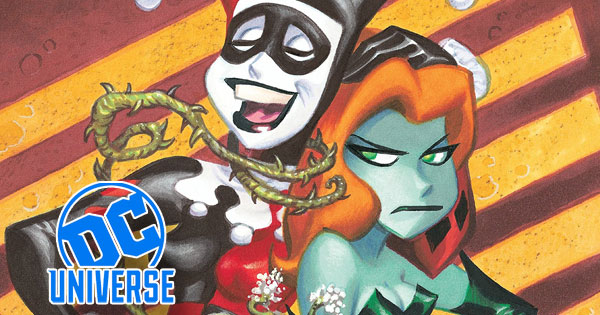 With Earth Day quickly approaching on April 22, DC UNIVERSE,  DC’s digital subscription service, will have special curated content to celebrate Earth Day. Check out everything you can read and watch on DC UNIVERSE.

Press Release:  Every day is Earth Day for DC’s iconic villain, Poison Ivy. A passionate lover of the earth and its number one defense from mankind, Poison Ivy has been a vital character in DC’s comics throughout its history. On DC UNIVERSE, fans can catch up on a handful of Poison Ivy comic book moments including POISON IVY: CYCLE OF LIFE AND DEATH, BATMAN: POISON IVY #1, SECRET ORIGINS #36, BATMAN: LEGENDS OF THE DARK KNIGHT #42-43, and her very first appearance in BATMAN #181.

In addition to comics, Poison Ivy has made appearances on a variety of DC shows that are available to stream on DC UNIVERSE including Batman: The Animated Series, The Batman, and more recently DC’s Harley Quinn. For more earthly fun, fans can also check out DC’s Swamp Thing on DC UNIVERSE.

Visit DCUniverse.com to read and watch all the content featured above.