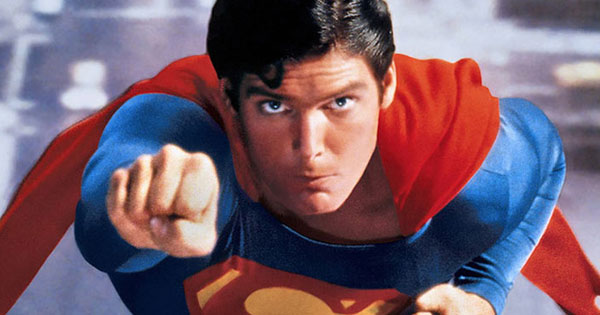 Today is officially #SupermanDay. That's right, Junkies today is a day to celebrate Superman/ Clark Kent/ Kal-El. We thought of all the actors that have portrayed Superman only one flies higher than all the rest, Christopher Reeve's Man of Steel.

In 1938, Superman first came onto the scene. His mark has undoubtedly been felt not on just pop culture, but the world. To many, he is a symbol of truth, justice, and the American way. For others, he is an overgrown boy scout. For this Geek, Superman is first and foremost Christopher Reeve.
‍

I was only three years old when Reeve put on the blue tights for the first of four times. He was more than just an embodiment of the hero. He took the mantle of Superman to another level. It was everything to him and it reflected in his work. Always the hero, Reeve never played the villain and didn’t do anything to tarnish the image of the Man of Steel. Today, it looks as if Chris Evans, Robert Downey Jr. and even Chris Pratt are carrying on that tradition. Their roles, much like the one of Superman, are bigger than the actor to the children they visit. This, however, is a discussion for another time.

The part of Superman is a tough one. In casting, the studio has to essentially find two men. Superman is, after all, the real identity whereas Clark Kent is the disguise. Christopher Reeve embodied both so perfectly that to this day our image of both Kent and Superman originates with his portrayal. Does anyone think of the Superfriends’ Superman or Dean Cain from Lois and Clark as their Superman? No.

Many of us were overjoyed when Warner Brothers and Richard Donner got back together and released Donner’s cut of Superman 2. Despite the audition and screen test scenes I don’t think I am alone in saying I didn’t care for it. I often Geek out for director’s cuts and alternate versions of films (Aliens and Blade Runner being two of my favorites). The new cut left me wanting Richard Lester’s version all the more. The biggest gapping hole was no Clark and Lois at Niagara Falls. The first movie established these characters. We know they cared about each other and now it was time to see that on screen. These scenes also gave Reeve the chance to really shine as Kent. When he put on the blue suit he was the Man of Steel, but take it off and who was Clark? We saw this in spades that when Kal-El was stripped of his powers. Reeve truly delivered an alien who had to face what it means to be human.

Superman 3 has its warts (boy does it ever) and I’ll not deny it. From the very get-go this was not going to be Superman or Superman 2. However, it does have two bright shining moments. The first is Reeve’s Superman swirling down the drain. The darkness is still a bit light, but the anger and frustration when Superman sees himself in the mirror comes out through Reeve’s eyes. The villain(s) in Superman 3 are another joke and nothing that offers any sort of big confrontation. The final moment and big confrontation in Superman 3 is the Kent vs. Superman Junkyard Brawl. Clearly outmatched, Kent has no way of defeating the Dark Man of Steel. It is his triumph of the spirit that prevails and that moment re-enforces Reeve forever as the one true Superman.

With it being a very unique day on the calendar I thought I would salute one of my all time favorite movie characters on what is observed as his birthday. And thank you, Christopher Reeve, for making us believe that that man could fly. The best way to end this tribute is to press play below.