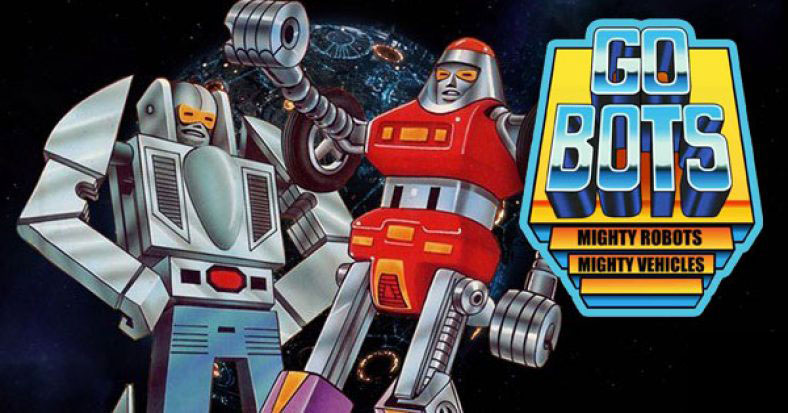 CHALLENGE OF THE GOBOTS – TOY COMMERCIALS

When Hasbro hit kids with the Transformers they hit BIG, Now there was a rival toy company, Tonka, who also supplied kids with a lower price point transforming robot called GoBots. The similarities were crazy alike and time has revealed which one became the more revered of the two. The GoBots toy line was fun, but the cartoon was too cheesy to be taken seriously. Where the GoBots outdid the Transformers was in vehicles. Yes, the GoBots actually had vehicles to fly around in and command. Enjoy this hefty sampling of vintage GoBots toy spots and imagine what could have been.

GoBots and Super GoBots
A quick showcase fo the GoBots and how easy it to transform them!

GoBots the Invasion has Begun!
A cool stop motion TV spot that reveals the world behind the robots.

Super GoBots
These were larger as was the price point. The smaller Gobots were cheaper and easier to collect.

Basic GoBots
If you were the Renegades, would you really want a single-engine Japan Zero airplane on your side? Especially if your rival's leader is a jet?! Just saying.

GoBots - The Next Wave
Wow, those look monumentally bad.

Staks, Leader-1, and Cy-Kill
So let me get this straight, a motorcycle is going to take on a truck and a jet.

More) Super GoBots
Seeking Vamp was not only a cool design but had a fantastic name!

Space Hawk
Yep, a vehicle for my robot that transforms into a vehicle!