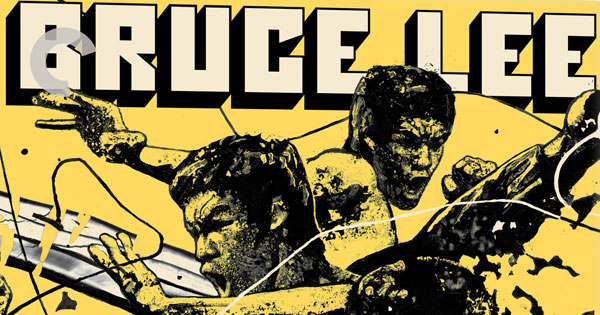 A Criterion Collection release is the premiere format for a film, to have a collection, especially of one of Bruce Lee's caliber, puts this upcoming release in a whole new category. Check out the full details, trailer (seen HERE), and box art for this JULY 14, 2020 release!

Press Release: The Criterion Collection couldn't be more excited to announce our tribute to the life and work of the iconic Bruce Lee with five dazzling, action-packed kung-fu landmarks starring the international martial-arts legend. Capturing Lee at the height of his artistry and superstardom, this seven-disc Blu-ray box set is loaded with special features, including alternate versions of the films, interviews with Lee's collaborators and admirers, documentaries about his life and philosophies, commentaries, promotional materials, and so much more! Coming this July, Bruce Lee: His Greatest Hits is a collection of high-flying classics from the ultimate fighter, whose unmatched persona and influence in cinema live on.

In the early 1970s, a kung-fu dynamo named Bruce Lee side-kicked his way onto the screen and straight into pop-culture immortality. With his magnetic screen presence, tightly coiled intensity, and superhuman martial-arts prowess, Lee was an icon who conquered both Hong Kong and Hollywood cinema, and transformed the art of the action film in the process. This collection brings together the five films that define the Lee legend: furiously exciting fist-fliers propelled by his innovative choreography, unique martial-arts philosophy, and whirlwind fighting style. Though he completed only a handful of films while at the peak of his stardom before his untimely death at age thirty-two, Lee left behind a monumental legacy as both a consummate entertainer and a supremely disciplined artist who made Hong Kong action cinema a sensation the world over.

* 4K digital restorations of The Big Boss, Fist of Fury, Game of Death, and The Way of the Dragon, with uncompressed original monaural soundtracks

* Alternate audio soundtracks for the films, including original English-dubbed tracks and a 5.1 surround soundtrack for the special-edition version of Enter the Dragon

* New interview with author Grady Hendrix about the "Bruceploitation" subgenre that followed Lee's death, and a selection of Bruceploitation trailers

* Blood and Steel, a 2004 documentary about the making of Enter the Dragon

* Multiple programs and documentaries about Lee's life and philosophies, including Bruce Lee: The Man and the Legend (1973) and Bruce Lee: In His Own Words (1998)

* PLUS: An essay by critic Jeff Chang