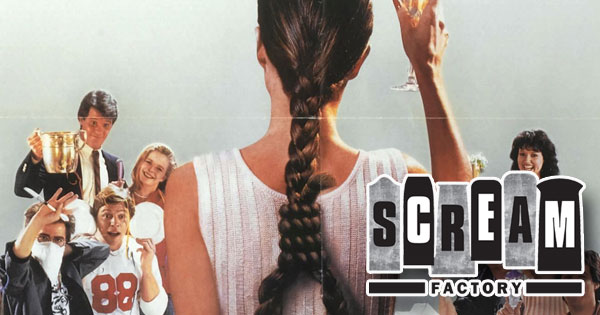 Just in time for the holiday, that most of us in an office hate, Scream Factory has announced a collector's edition of April Fools Day. Check out the incredible new art work below as well as the trailer for this classic 80s slasher!

When Muffy St. John (Deborah Foreman, Valley Girl) invited her college friends up to her parents' secluded island home for the time of their lives, she just forgot to tell them it just might be the last time of their lives. As soon as the kids arrive on the island, someone starts trimming the guest list ... one murder at a time. And what starts out as a weekend of harmless "April Fool's Day" pranks turns into a bloody battle for survival. It's just what you'd expect from the producer who brought you Body Parts, Species and Friday the 13th Parts III-V!