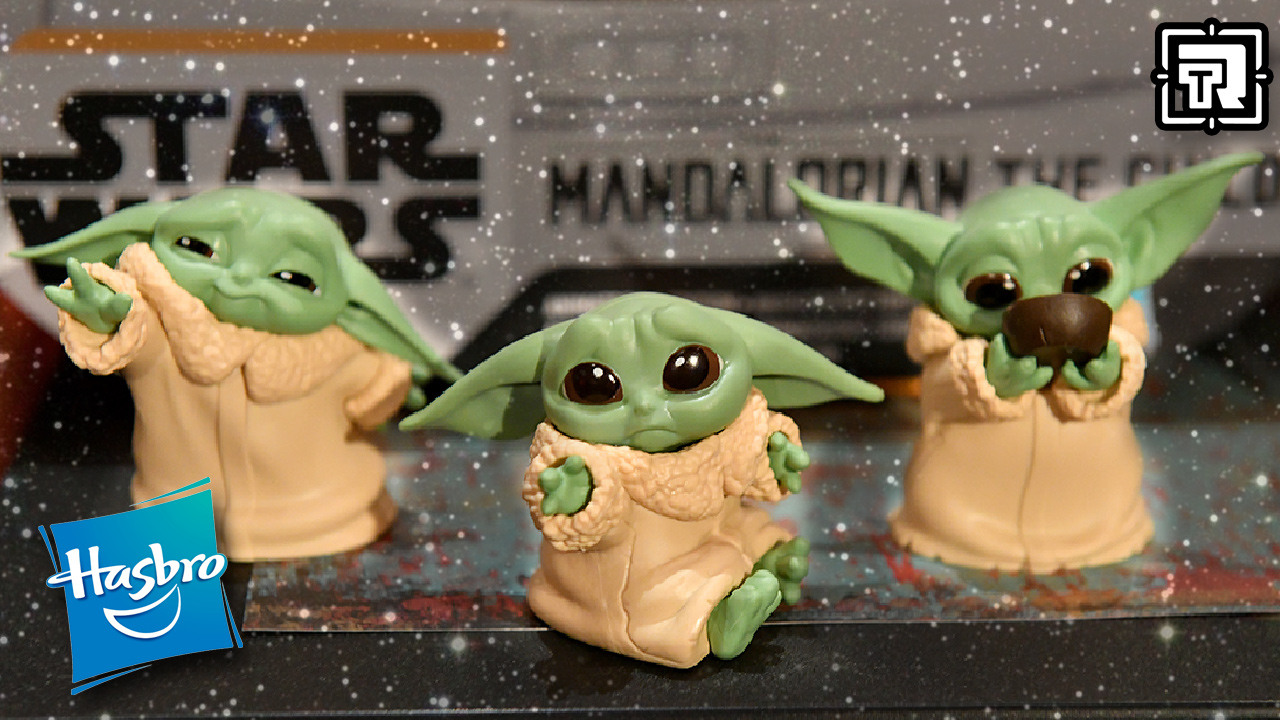 Disney held a special pre-Toy Fair 2020 event to celebrate the success of The Mandalorian and the return of Star Wars: The Clone Wars. These are the official press release images and details of the event. Thank you, Disney for inviting us.

GLENDALE, Calif.—Feb. 20, 2020—This year, the Force is strong with fans who want to celebrate their love of all things Star WarsTM with new merchandise tied to beloved stories and characters revealed today just ahead of New York Toy Fair.

Leading with products inspired by the hit Disney+ series, The Mandalorian (created by Jon Favreau and Executive Produced by Dave Filoni, Kathleen Kennedy and Colin Wilson), anticipation is at an all-time high for toys, collectibles, books, home goods, apparel, games, accessories and more inspired by the galaxy’s newest (and arguably cutest) character, the Child, affectionately referred to as “Baby Yoda.” In addition to dozens of products previously announced, a number of all-new items across multiple categories were revealed for the first time today. Highlights include THE CHILD ANIMATRONIC EDITION figure, which will be available for preorder at most major retailers starting at 1:00 PM ET today, Star WarsTM TROUBLE: The Mandalorian Edition and Star WarsTM OPERATION: The Mandalorian Edition games, all from Hasbro, a LEGO® construction set featuring the Mandalorian’s Razor Crest ship and LEGO® BrickHeadzTM Star Wars The Mandalorian & The Child 75317 building kit, and all-new offerings exclusive to shopDisney.com | Disney store and Disney Parks. These new items and more will hit retail later this year.

Sought-after items featuring the Child from Hasbro, Funko, Mattel, Build-A-Bear®, shopDisney.com | Disney store, and more, some of which went on pre-sale starting late last year, are expected to hit shelves and doorsteps starting next month. 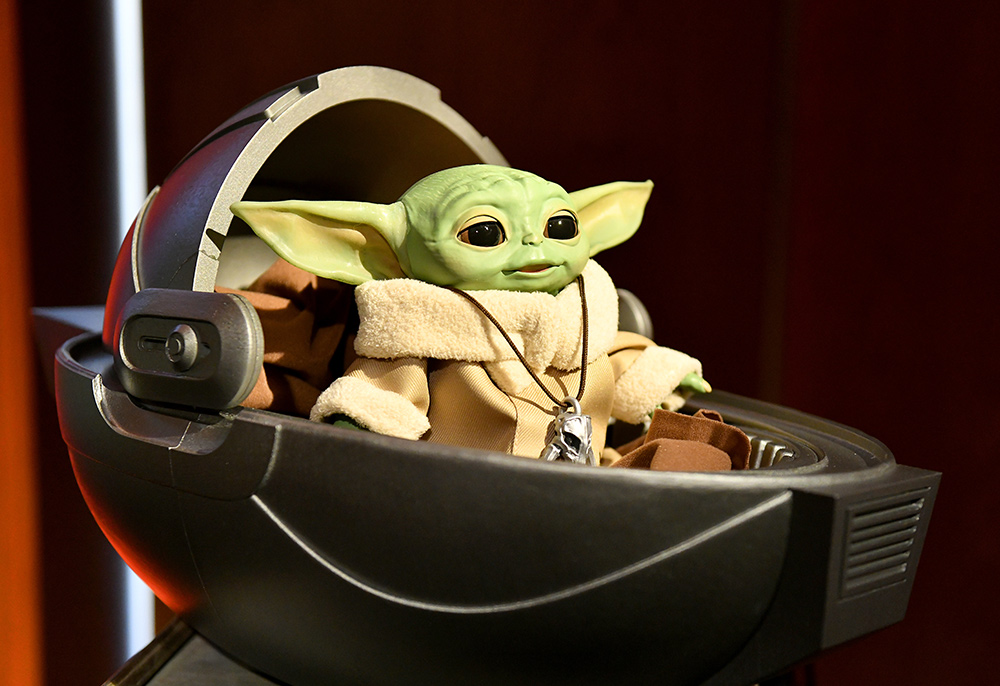 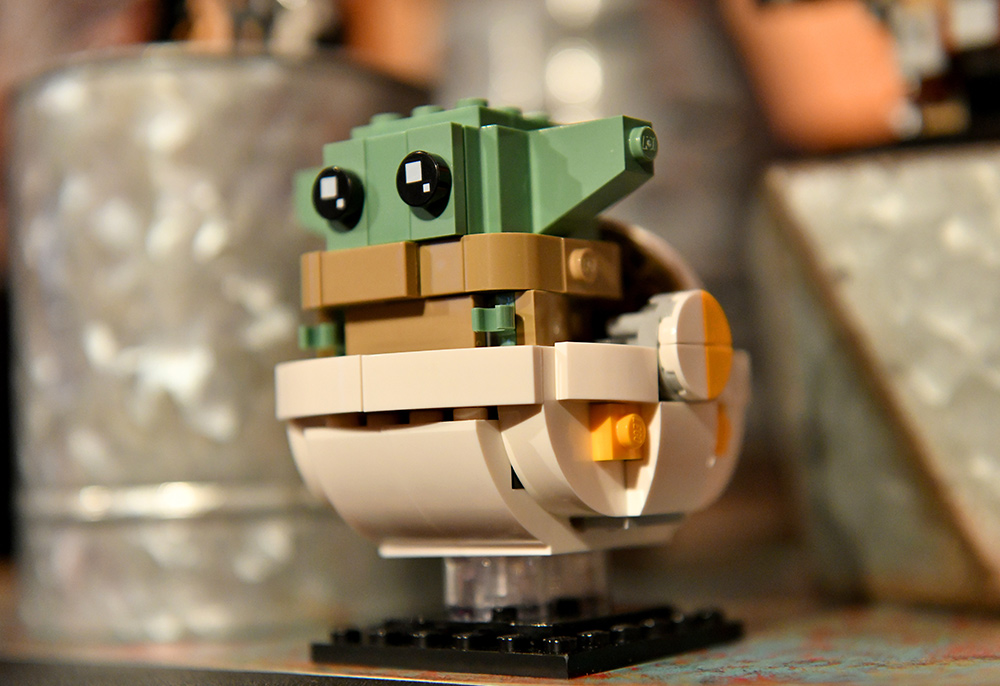 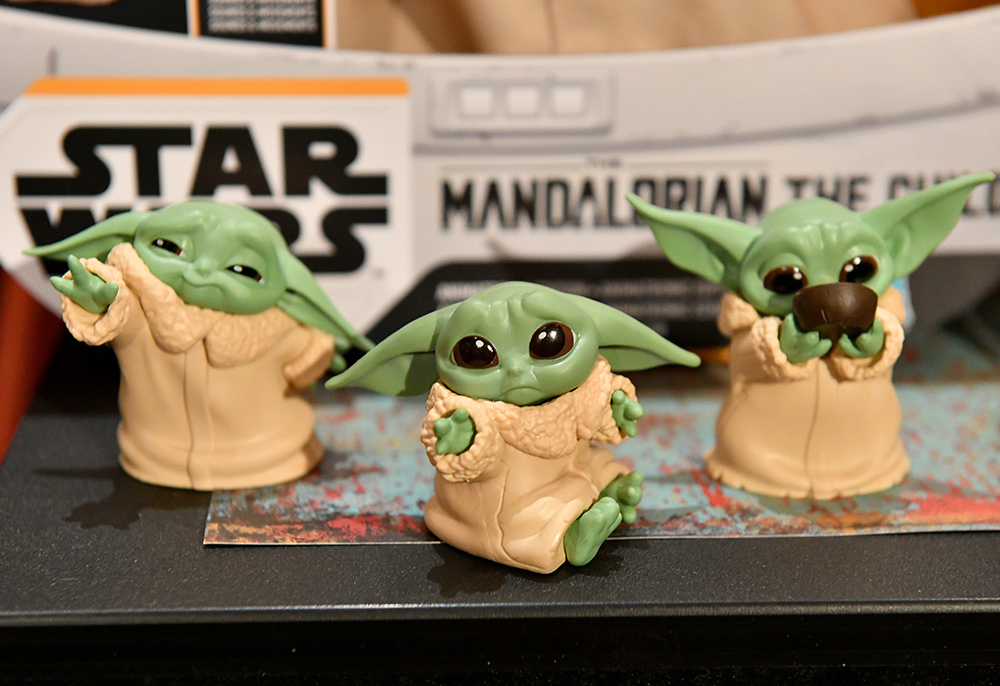 “Finding ways to engage and surprise audiences with this new Star Wars story has been a tremendous opportunity,” said The Mandalorian creator Jon Favreau. “And holding back on product development gave everyone the chance to discover the character affectionately known to fans as “Baby Yoda” together. This is something special in the age of spoilers. I am so appreciative of the partnership with the teams at Lucasfilm and Disney who are translating these characters into products for fans to enjoy.”

Last year, products based on The Mandalorian streaming series quickly became some of the most sought-after holiday gifts, with products inspired by the Child intentionally held back to uphold the big character reveal. As new viewers discovered the acclaimed show, demand for goods continued to grow, resulting in “Baby Yoda” being the #1 trending “baby” search on Google in the United States for 20191 and pre-orders of the Child product routinely hitting #1 across retail e-commerce sites like Amazon, Walmart.com, and Target.com. Recently, Funko announced their ‘The Child’ Pop! bobblehead was the top-selling pre-order figure of all-time. 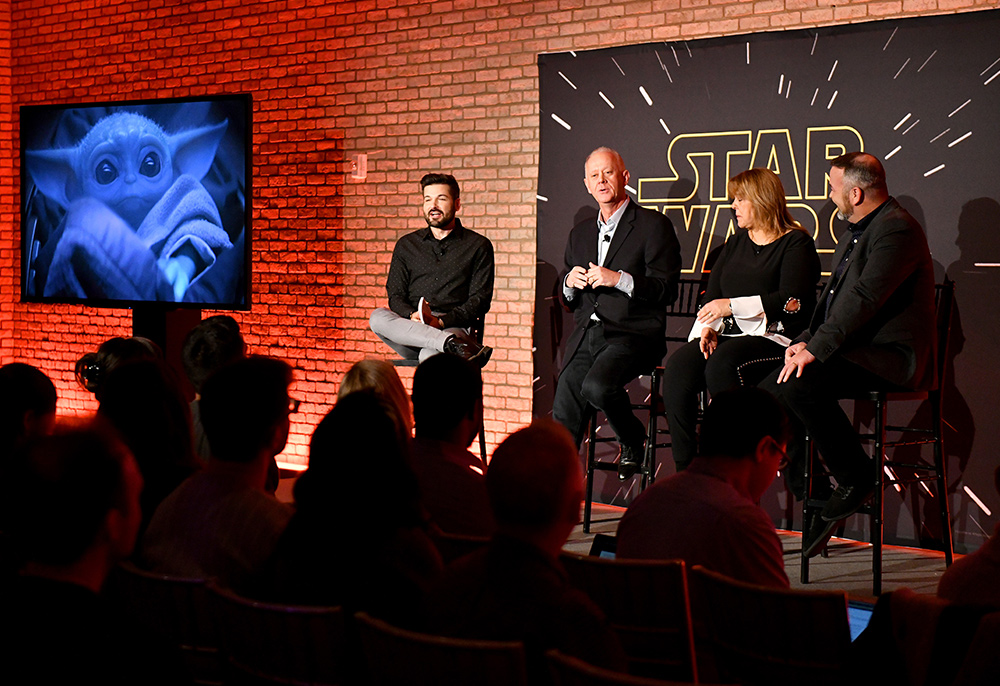 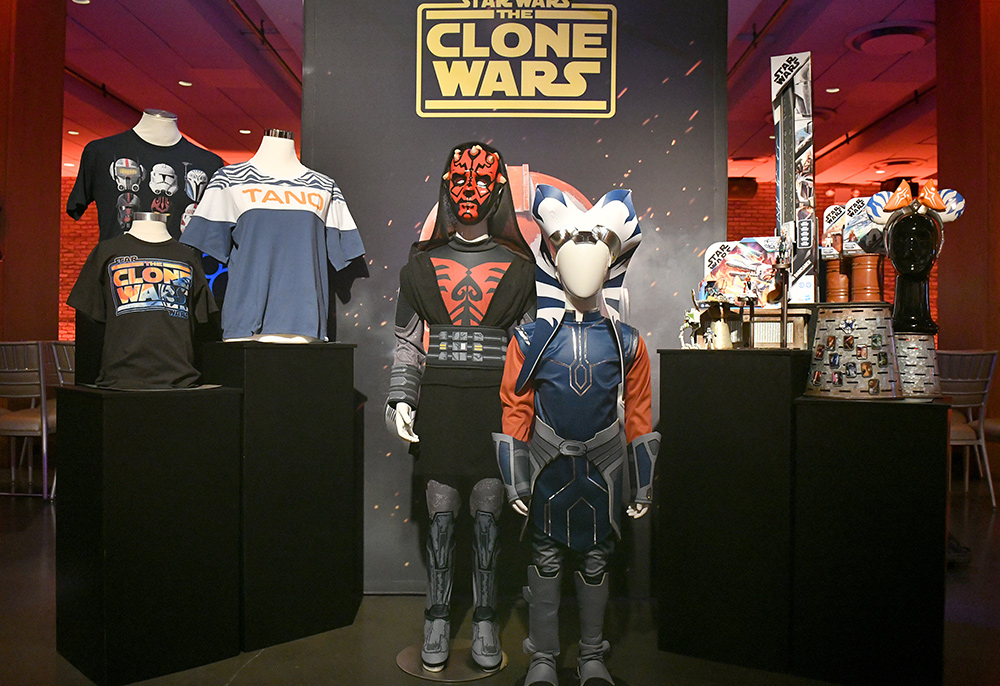 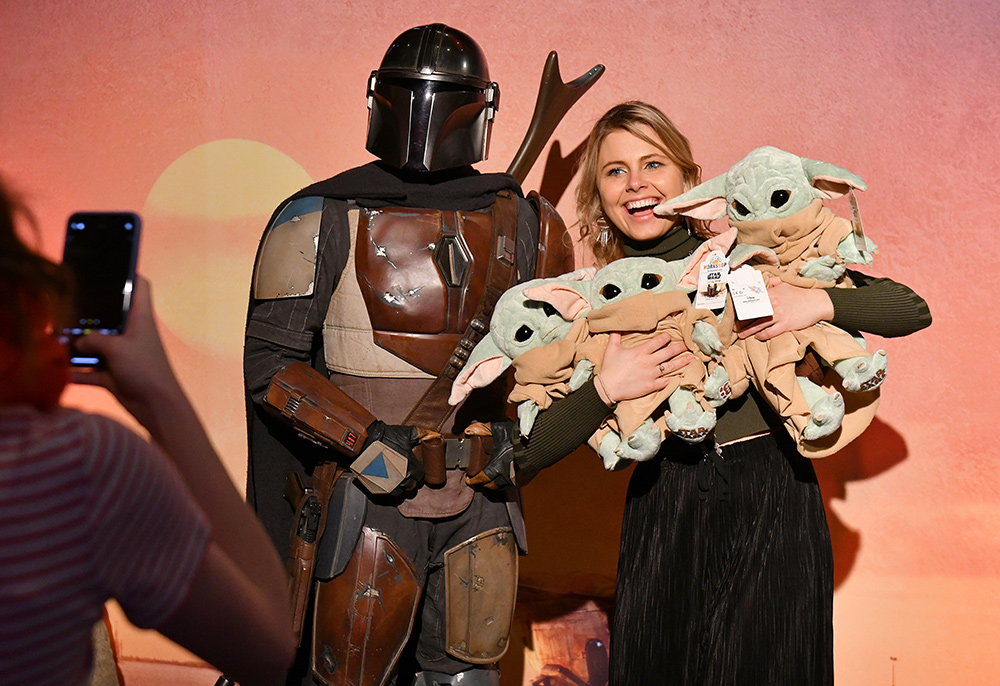 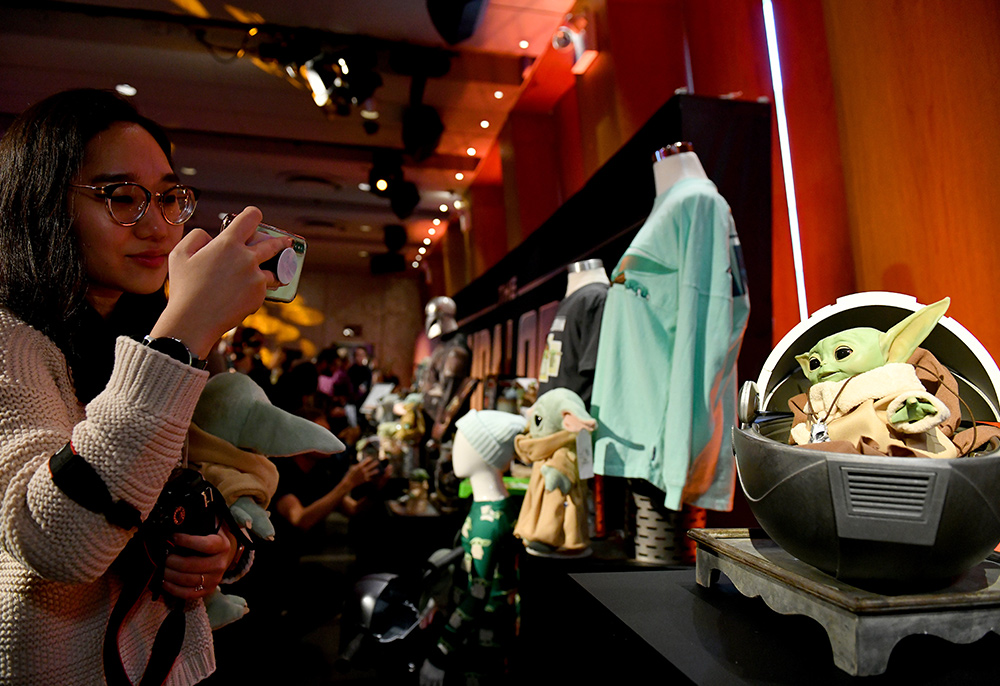 Also revealed today were new products inspired by the Emmy Award-winning animated
series, Star Wars: The Clone Wars, which is also executive produced by Dave Filoni and is returning
for a seventh and final season exclusively on Disney+. In celebration of the series, Hasbro revealed a Mandalorian DARKSABER LIGHTSABER, as well as additional products featuring Star Wars: The Clone Wars fan- favorite characters as part of their all-new Mission Fleet line of vehicles and figures, including ANAKIN SKYWALKER JEDI STARFIGHTER Vehicle and Figure, AHSOKA TANO AQUATIC ATTACK Micro Vehicle and Figure, and CAPTAIN REX CLONE COMBAT Vehicle and Figure. Disney Parks is also celebrating the return of the classic series with new items including Star Wars: The Clone Wars Clone Trooper pins, apparel and Ahsoka Tano Mickey Ears designed by Ashley Eckstein, voice of Ahsoka Tano and founder of Her Universe.

Additional products tied to other milestone moments, such as the home entertainment release of Star Wars: The Rise of Skywalker and the 40th anniversary of Star Wars: The Empire Strikes Back, just to name a few, will round out offerings across multiple categories hitting shelves throughout the year.

“From breakout characters like the Child to the beloved Skywalker Saga and everything in between, Star Wars has the ability to connect with fans generation after generation,” said Ken Potrock, president, consumer products commercialization, Disney Parks, Experiences and Products. “It’s an honor to be able to deliver products and experiences that allow our fans around the world to celebrate their favorite characters and stories 365 days a year.”

Select Star WarsTM products will be on display at New York Toy Fair, which runs February 22-25, at the Jacob K. Javits Center.