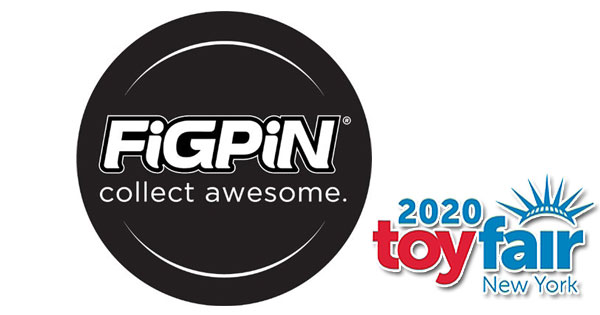 FiGPiN has announced, at Toy Fair 2020, that will now release Star Wars pins in their trademark fashion! Check out the full press release below!

Press Release: FiGPiN has announced that it will debut its new Star Wars line of collectible pins on May 4th, 2020. The line will kick off with a Luke Skywalker on Tauntaun FiGPiN, in celebration of the 40th anniversary of Star Wars: The Empire Strikes Back. This will be a limited-edition release sold directly on FiGPiN.com ($20).

The Star Wars: The Empire Strikes Back 40th anniversary FiGPiN collection will continue later in the year with offerings at a variety of major retail partners. Preceding that will be a series of FiGPiNs inspired by the The Mandalorian in early summer, that includes pins featuring the characters the Mandalorian, the Child, IG-11, Cara Dune, and Kuill. Star Wars: The Clone Wars-themed FiGPiNs tied to “The Final Season” will also be available later in the summer.

Additionally, FiGPiN will be an exhibitor at Star Wars Celebration this August in Anaheim, with a variety of limited-edition items.

"The Star Wars-inspired collection is a special milestone for all of us,” said FiGPiN President Dan Williams. “We grew up with Star Wars and now to be able to bring these iconic and beloved characters to life as FiGPiNs is a surreal moment.”

Each FiGPiN is a hand-crafted enamel pin with a patented pin backer that serves as both a pin clasp and a display stand. This patented soft rubber backer allows collectors to either pin and display their FiGPiN on a backpack, lanyard, or jacket, or place it on their desk or shelf for display.

FiGPiN elevates pin collecting with its iOS and Android application. Every FiGPiN manufactured has a unique serial number laser engraved on the back. With the FiGPiN App, the serial number can be unlocked to add the pin to the user’s digital collection. Collectors can then discover the rarity of their pin and begin powering up their collection.

For more information on FiGPiN, visit FiGPiN.com or contact us at info@figpin.com. To request an appointment at Toy Fair New York, please contact yoko@figpin.com.

Created by a team of product developers with the desire to raise the bar on current character collectibles, FiGPiN delivers meticulously handcrafted artwork that brings characters to life, straight from panel to enamel. All FiGPiNs are officially licensed with the most popular brands in the world. Find FiGPiN on Instagram, Twitter or Facebook.

STAR WARS and related properties are trademarks and/or copyrights in the United States and other countries, of Lucasfilm Ltd. and/or its affiliates.  © & TM Lucasfilm Ltd.