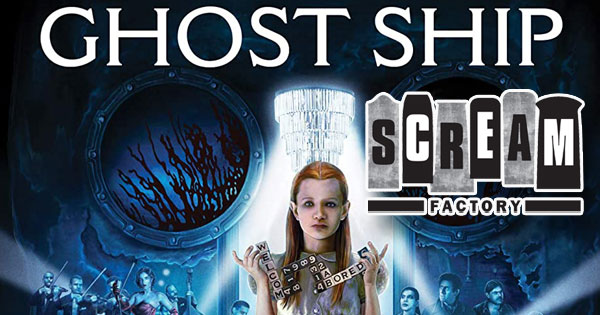 Long have fans been clamoring for a proper Blu-ray/ Collector's Edition of 2002's Ghost Ship. Leave it to the mad geniuses at Scream Factory to deliver! Order link, new cover art, and Special Features posted below.

Finders keepers. Any abandoned ship floating in international waters can be claimed and towed to port by whomever is fortunate enough to find it. Or, in the case of one team of salvage experts, unfortunate enough.

In this stylish, effects-packed chiller from Dark Castle Entertainment, salvagers trained for any situation imaginable come face to horrifying face with the unimaginable after boarding a derelict luxury liner. Julianna Margulies, Gabriel Byrne, Ron Eldard and Isaiah Washington are among the hands on deck who'll confront a seafaring collector of souls. Steve Beck (Thirteen Ghosts) directs this frightful chiller.