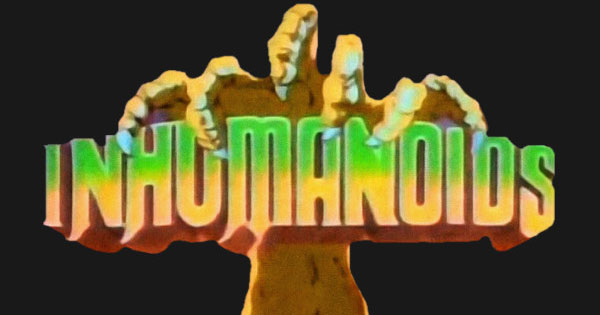 In 1986, Hasbro launched the Inhumanoids. A dark cartoon series and toy line that dealt with monsters from the Earth's core. This is literally the stuff of nightmares and beyond creepy. Many of these toys have been forgotten, not by us, but by the general public. Below you will find a collection of insane toy spots and cartoon series profiles that we found still creeping around on YouTube. Enjoy the Inhumnoids.

Granok
Yes, he is a transforming rock hero!

Tendril
Imagine, if you will, you are paid to sing the chorus for the Inhumanoids toy commercial.

Dcompose
First, the voice-over actor of Dcompose was also Cobra Commander (G.I. Joe) and Starscream (Transformers), Christopher Latta. Second, who buys a toy where you stick a captured hero inside a monster's chest?

Metlar
Check out the wind machine they use on that kid!

Magnacore
So, how long did Magnacore stand there and not strike up a conversation with Metlar? They probably got to know each other rather well.

Inhumanoids "Mutors" Profile
Many of the toy commercials have been lost to time. However, we did find profiles on certain characters on YouTube.