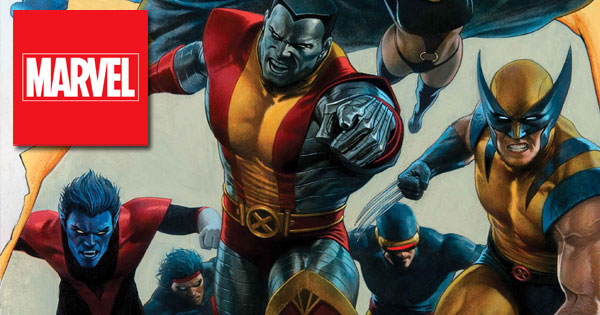 Marvel has released a trailer for their 45th anniversary salute to one of the greatest X-Men comics of all time! Check out all the details below and get those pre-orders in!

Press Release: In 1975, writer Len Wein and artist Dave Cockrum changed the comics landscape forever with Giant-Size X-Men #1. This special issue marked a new genesis for the team, introduced iconic Marvel characters like Storm and Nightcrawler, and set the X-Men on the path to becoming the cultural powerhouses they are today. Now, 45 years later, Marvel Comics is honoring this landmark issue in an extraordinary way with the help of 37 of the industry’s top artists. Each pulse-pounding page of this unforgettable issue will be re-envisioned by artists such as Alex Ross, Carmen Carnero, and Mark Brooks. This diverse group of talent have joined together to pay homage to this comic book masterpiece by redrawing Cockrum’s original art in their own unique styles.

“The artists were so excited to work on it because the art in this book inspired them all,” recounts Editor Jordan D. White. “Everybody involved loves this comic book and is doing amazing work. You’ve gotta check it out.”

“As a kid the X-Men was my very first comic and Len Wein and Dave Cockrum were instrumental in influencing me to become a comic book illustrator,” says artist Mark Brooks. “Being able to contribute to the recreation of a book that means so much to me is an honor and a privilege. This assignment along with the accompanying pressure to do Len and Dave justice is one I'm thrilled to take on as a thank you for showing a nerdy kid that it's okay to be different and pave your own path."

“The presence Wein and Cockrum have on comics is too immense to weigh,” says artist Mike Hawthorne. “I can honestly say their X-Men were my first love and it's a privilege to pay homage to these two giants and their contribution to our culture. I drew my page with my heart in hand, sirs. I hope it's enough. Thank you.”

GIANT-SIZE X-MEN: TRIBUTE TO WEIN & COCKRUM #1 goes on sale May 27th but you can get your first look at this milestone issue in this special announcement trailer featuring Editor Jordan D. White and Assistant Editor Annalise Bissa!