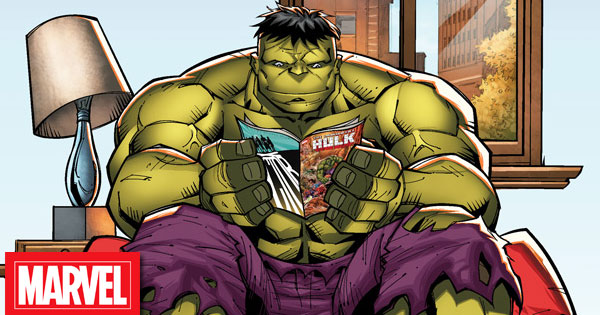 Last month, Marvel Comics had a slew of stories from the Marvel Universe to read for FREE via the Marvel Unlimited app. Today they have announced new titles that will be available to help us escape, even if just for a few hours. Full details below!

Press Release: Marvel Unlimited, Marvel’s digital comics subscription service, is continuing to offer all fans FREE access to some of Marvel’s most iconic stories from recent years, including now-classic Marvel Comics events and critically acclaimed runs featuring the Fantastic Four, Spider-Man, Hulk, Captain America, Ms. Marvel, and more. Fans who are social distancing will be able to continue to escape into the Marvel Universe and revisit their favorite stories from a curated selection of complete story arcs – completely free – on Marvel Unlimited, starting Tuesday, May 5 until Tuesday, June 2.

Last month, Marvel released a selection of free must-read comics on Marvel Unlimited including classics like AVENGERS VS. X-MEN, CIVIL WAR, THE DARK PHOENIX SAGA, and more, which were read over 2 million times on the service and received a featured spotlight on the Apple App Store homepage. Now, fans will be able to continue their free comics experience with a brand-new set of titles.

To access Marvel Unlimited’s free comics offering, download or update the Marvel Unlimited app for iOS or Android at the respective Apple and Google Play app stores, and click “Free Comics” on the landing screen. No payment information or trial subscriptions will be required for the selection of free comics.

Customers on the Marvel Comics App as well as comiXology will also have free access to these stories for a limited time.

Each of these extraordinary epics owe their origins to some of Marvel’s greatest comic books released in print over the years. In celebration of that tradition, Marvel has added an information page to each story with details on how to find your local comic book shop and start your very own Marvel collection of back issues and printed trades.

To find these stories and more of Marvel’s greatest comic books in print, please reach out to your local comic book shop to ask about their current business policies to observe social distancing or other services they may offer, including holding or creating pull lists, curbside pick-ups, special deliveries and other options to accommodate. Find and support your local comic book shop at http://comicshoplocator.com or by visiting http://marvel.com/lovecomicshops.

Marvel Unlimited is Marvel’s member subscription service that gives members unlimited access to over 27,000 issues of Marvel's classic and newer titles, delivered digitally through your desktop web browser and the Marvel Unlimited mobile app. Classic and newer issues are added every week of all your must-read series, including Amazing Spider-Man, Avengers, Guardians of the Galaxy - as soon as 6 months after they hit the shelves.

Marvel Entertainment, LLC, a wholly-owned subsidiary of The Walt Disney Company, is one of the world's most prominent character-based entertainment companies, built on a proven library of more than 8,000 characters featured in a variety of media for over eighty years. Marvel utilizes its character franchises in entertainment, licensing, publishing, games, and digital media.