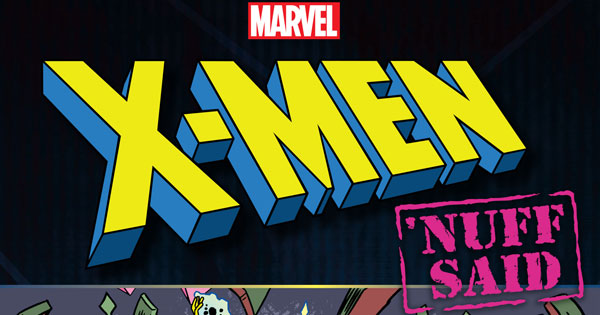 Comics have been great escape at this time and Marvel keeps cranking out new collections of classic tales. Below you will find a new set of Hidden Gems from the House of Ideas.

Press Release: The Marvel Comics app has your answer for what to read next with the release of new Hidden Gem digital-exclusive comics and collections, on sale now!  Re-live pulse-pounding crossovers from the 1990s, witness the greatest moments of your favorite characters and thrill to compilations of the most jaw-dropping variant covers ever created including:

AVENGERS: SUBTERRANEAN WARS – The underground has gone to war! Lava Men, Moloids and more battle the Deviants, and the Avengers are caught in the crosshairs! Can Earth's Mightiest prevent the warzone from spilling over to above ground?

DEFENDERS: RETURN OF THE DEFENDERS – What mystery could be so all-encompassing that the original Defenders would reunite? Demons, spells, possessions...all across the globe. The original non-team super hero team will come together once more to save the world!

FANTASTIC FOUR: KORVAC QUEST – Has the tyrant from the 31st century returned? Has Korvac come back to our time? And what part does Galactus play in all of this? This mystery will span the cosmos and many centuries as the Fantastic Four, Thor, Guardians of the Galaxy, and Silver Surfer fight to preserve our universe!

X-MEN: BETRAYALS – The X-Men have persevered because they're a family first. But they are no stranger to shocking betrayals from within their ranks. From the shocking choice of Colossus joining Magneto over the X-Men, to the revelation that Gambit aided Mr. Sinister during the Mutant Massacre, the X-Men have been rocked by those they considered family. Plus, witness the return of Warren Worthington as the Apocalypse Horseman known as Archangel and Bishop trying to prevent his horrible future timeline by killing anyone in his way, even if they are his own X-Men teammates!

X-MEN: NUFF SAID – The mutant heroes of the X-Men enter the Nuff Said event! Storytelling goes to another level as these stories are told without dialogue! From entering the psychic landscape of Xavier's mind to the assembling of the X-Corps, this is a collection you don't want to miss!

DEADPOOL: THE  VARIANT COVERS #1 – The Merc With A Mouth will never shut up…even when he's on a variant cover! Check out your favorite fourth-wall-breaking anti-hero as he graces a gallery of variant covers from mind-melting artists including Leinil Yu, Greg Land, Elizabeth Torque and many more!

Read these astounding stories now by heading to the Marvel Comics app and enjoy the amazing adventure that is the Marvel Universe!

All purchases in the Marvel Comics app can be read on iPhone®, iPad® and select Android™ devices! Our smart-paneling feature provides an intuitive reader experience, ideal for all types of mobile device and tablet users!  Download the app here: