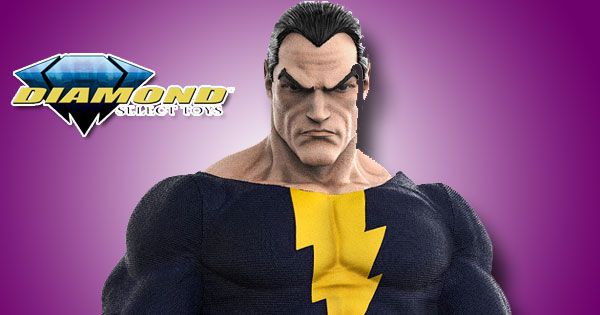 Diamond Select Toys has new items in comic book shops and at your favorite online retailers.

Press Release: Yesterday was new comic day at your local comic shop, which means it was also new toy day! Four new products shipped to comic shops this week from Diamond Select Toys, and all are very, very awesome. An epic Gallery Diorama of Black Adam, a stunning diorama of Gal Gadot as Wonder Woman, and two new action figures -- The Crow and Captain Jack Sparrow -- are now available at your nearest store, as well as through various online retailers. Find a store at comicshoplocator.com!

A Diamond Select Toys release! Getting ready for his big-screen debut, Black Adam smashes his way out of the Shazam/Captain Marvel mythos and into the DC Gallery Diorama line of sculptures! Hovering above the ground with lightning crackling around him, this approximately 11-inch sculpture of Teth-Adam features a removable cape, and is made of high-quality PVC with detailed sculpting and paint applications. It comes packaged in a full-color window box. Designed and sculpted by Alterton! (Item #OCT202002, SRP: $49.99) 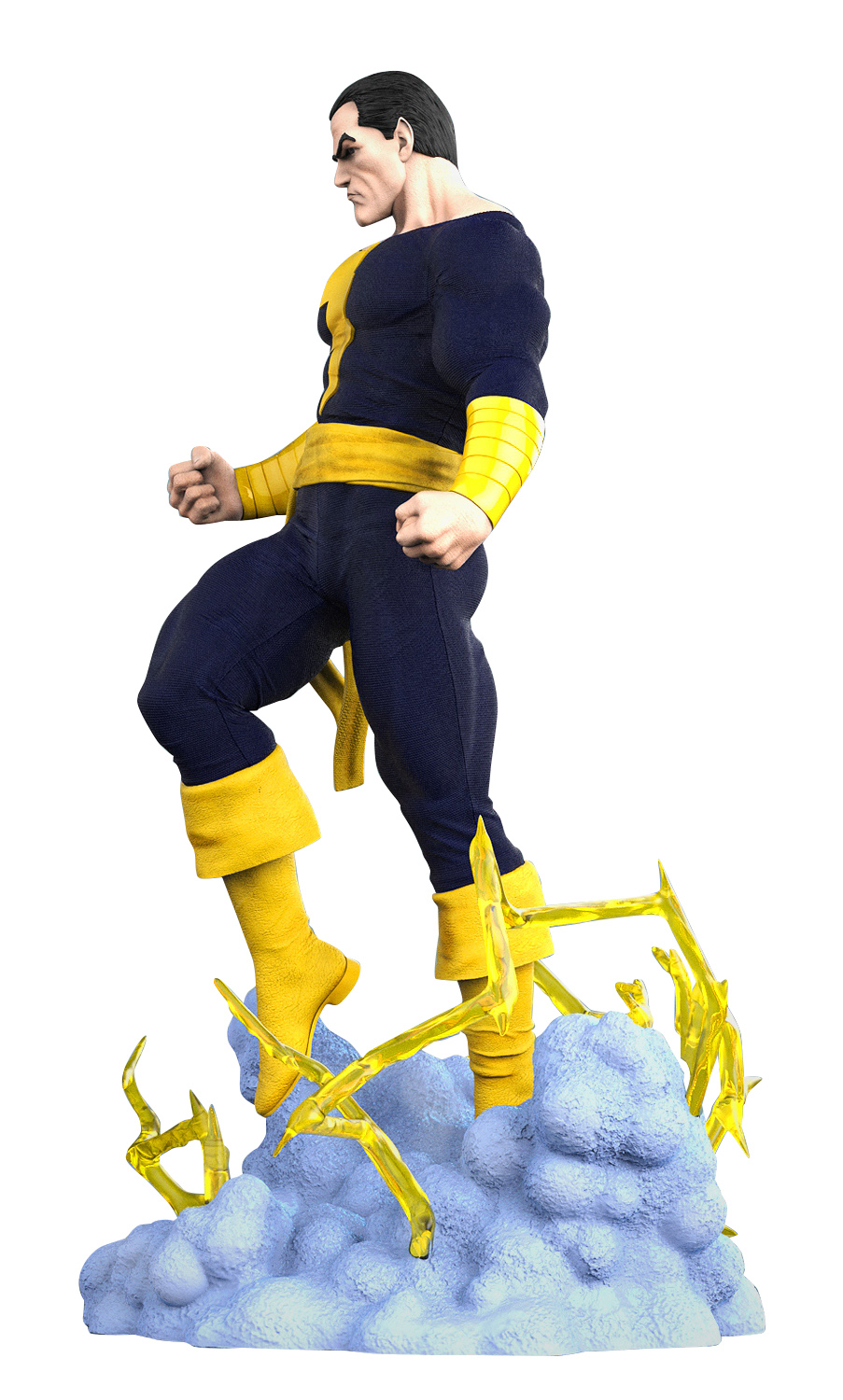 A Diamond Select Toys release! Bulletproof and beautiful, the star of Wonder Woman 1984 strides off the screen, deflecting bullets off of her magic bracelets. Bearing the likeness of actress Gal Gadot, this approximately 9-inch sculpture is made of high-quality PVC and features detailed sculpting and paint applications. It comes packaged in a full-color window box. Sculpted by Alejandro Pereira! (Item #OCT202004, SRP: $49.99) 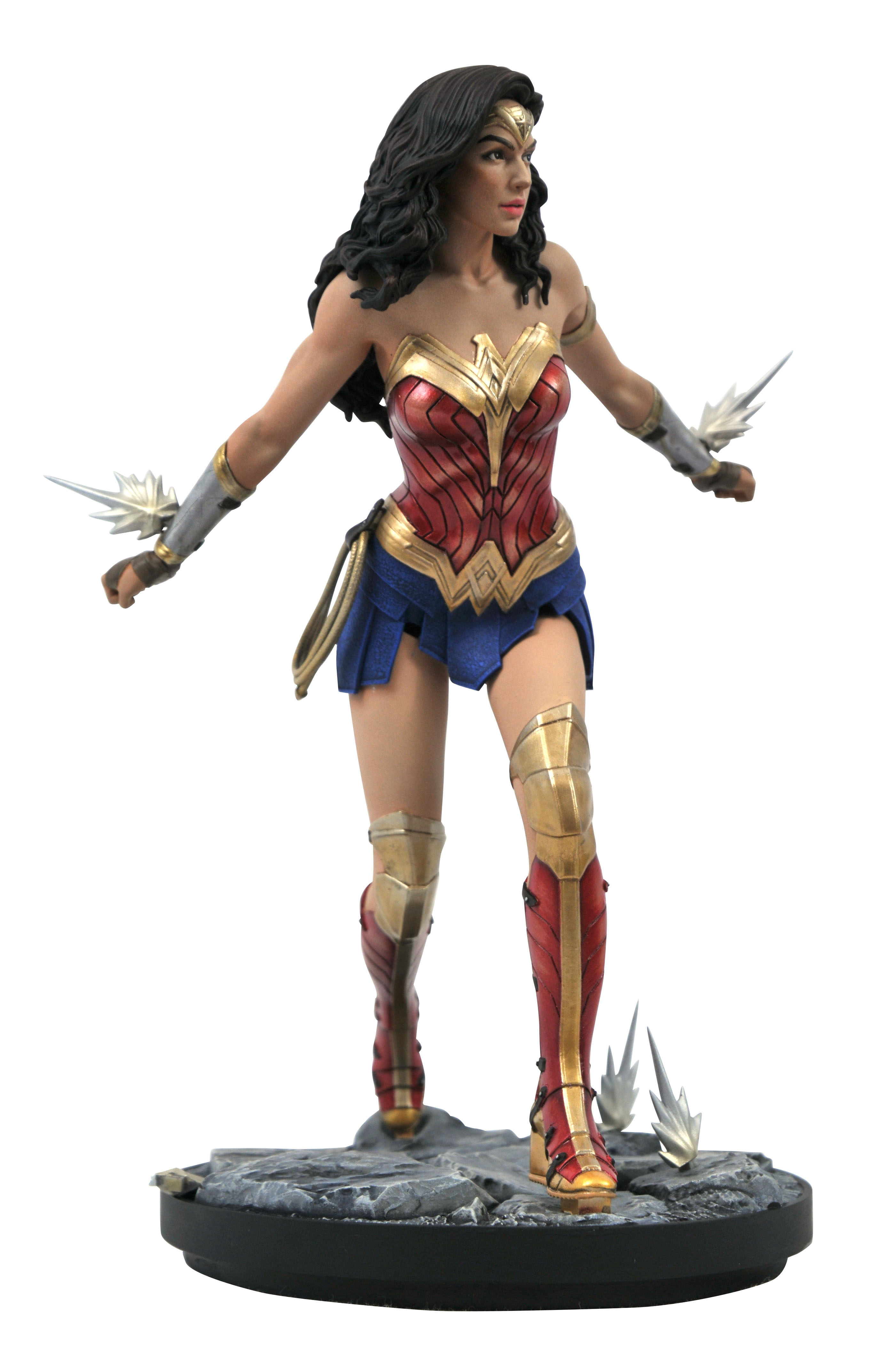 A Diamond Select Toys release! Jack is back! Jack Sparrow, the greatest pirate you ever heard of, is now a 7-inch action figure, based on his appearance in the original Pirates of the Caribbean movie. With sword and display base, Jack continues the tradition of greatness begun with DST’s smash hit Disney-inspired figures. Sculpted by Rocco Tartamella and Gentle Giant Studios. (Item # AUG202096, SRP: $24.99)

A Diamond Select Toys release! Eric Draven has returned, and the Crow lives again! This 7-inch scale deluxe action figure of the Crow is based on his trench coat-wearing appearance in the 1994 movie and features 16 points of articulation. Accessories include gravestone, guitar, crow and interchangeable hands. Designed by Yuri Tming, sculpted by Chris Dahlberg. (Item # AUG202095, SRP: $24.99)