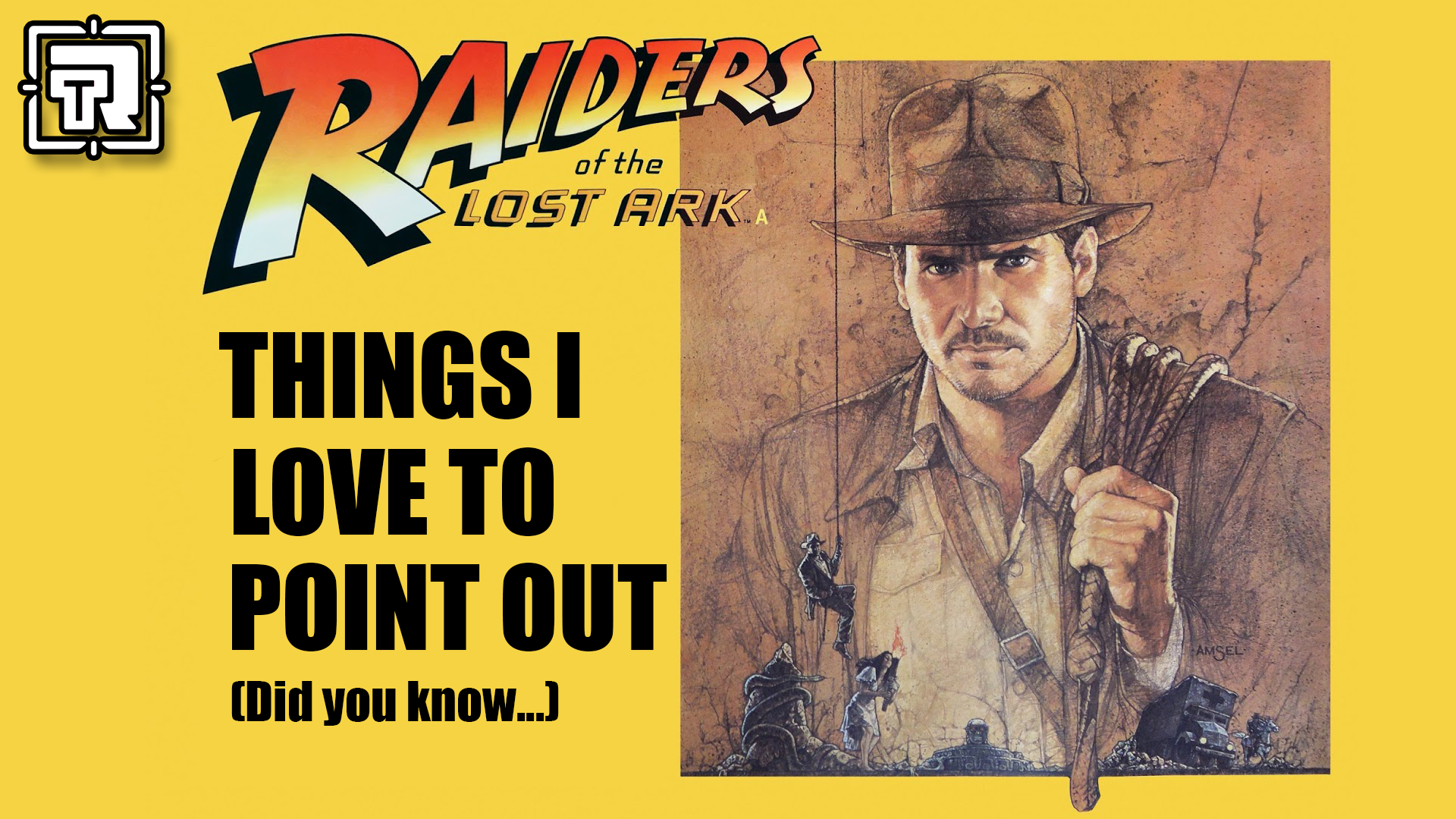 RAIDERS OF THE LOST ARK: THINGS I LOVE TO POINT OUT

To celebrate the anniversary of Raiders of the Lost Ark (June 12th), I decided to take a slightly different approach. I’m correct in guessing that if you are reading this, then you have probably seen the film numerous times. I know I have, I even had the privilege of once sitting in on the only official 30th-anniversary screening with Harrison Ford and Steven Spielberg in LA. Sorry to brag, but I love to tell that story. I can watch Raiders with many different sets of eyes. They could be the film aficionado or the six-year-old who saw it on a Saturday with his dad. Yet, the perpetual set of eyes are the ones that peel back the layers of the film's production (trivia, homages, and casting). Here are the "Things I Love Point Out" in Raiders of the Lost Ark.

Who doesn’t love Indy and Marion’s monkey in the film? We know that the monkey is actually working for the Nazis, as is his master. Did you know that “Monkey Man” is actually played by the same actor who portrayed Barranca in the earlier part of the film? Yes, the very same actor who betrayed Indy (Harrison Ford) in South America, Vic Tablian, plays both parts. Yet, Tablian wasn’t done with the franchise after Raiders. He also played Demetrios in The Young Indiana Jones Chronicles television series.

This one is a standard “did you know” or “did you ever see” but it is still fun to point out. R2-D2 and C-3PO are in fact hieroglyphics in the Well of Souls.

At approximately 1:44 in the clip above you see Indy take a stumble. This was not planned. A fact that Harrison Ford has admitted to as he could have been hurt.

If the actor playing Major Eaton looks familiar it is because you have seen him in another George Lucas production. Yes, William Hootkins in Raiders is also Porkins (aka Red Six) in Star Wars (1977).

When Indy is on the run from the Hovitos, we see that his means of escape is a seaplane flown by Jock (Fred Sorenson). Look closely at the plane’s registration number: OB-CPO. Yes, it is the first homage to Star Wars in the film. Only here it is to both C-3PO and Obi-Wan Kenobi.

This one is just a bit of fun and always brings a smile to my face. It was also impossible to find a clip of or an exact image, so please believe me. Here Dr. Marcus Brody (Denholm Elliott) takes the apple that one of Indy’s students leaves for him and pockets it.

Who that Nazi Spy Really is

I used to think that the man following Indy was, in fact, Toht (Ronald Lacey). It is none other than special effects wizard Dennis Muren. I had the chance to talk to Dennis about his cameo a few years ago while working on another site (the question arrives at 3:56).

Here is one that seems to shock people and get a ton of attention. Watch as Dr. René Belloq (Paul Freeman) keeps delivering his lines as a fly enters his mouth and does not exit (around 20 seconds in the clip above).

Why I Love watching it Letterboxed - The Pistol

If you were a child of the Eighties you probably saw Raiders a couple of times in the theater. It was big and beautiful on that giant screen. Then it became small and dingy on our television sets. When I was finally able to see the film in the “Letterboxed” format I was thrilled to see a tiny moment like the one above come back to life. Indy is taken to a bar to meet Belloq and we just assume that it is a normal bar. It is in fact stocked with Belloq’s goons. On the small screen, the pistol being handed off is lost because the focus (or cropping) of the scene remains on Indy and Belloq (see it at approximately 00:54). It's a great trick by Speilberg to build tension for the audience. We know Indy is in trouble, but he doesn't. All that is gone in what we used to call the "cropped" or "pan and scan version". Thankfully, television sets look more like theater screens now.

The sword fight, or lack there of, has its own story that involves the crew having dysentery and thus prompting Ford to draw his gun and shoot the Swordsmen dead. However, is you take notice of the butcher, behind Indy (at the 00:09 mark), his cleaver never actually makes direct contact with the cutting board.