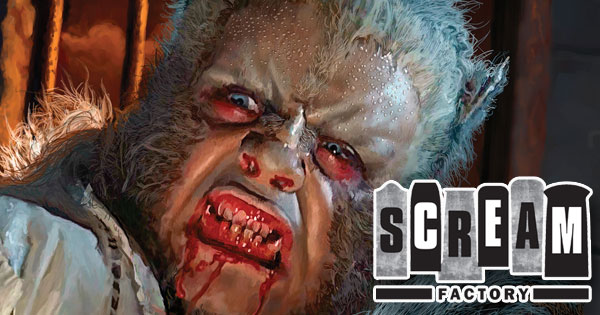 Scream Factory just keeps releasing the Hammer hits! Here are the full details on its upcoming release of THE CURSE OF THE WEREWOLF! It is unlike any werewolf movie you have ever seen. Trust me.
‍

Press Release: His beast-blood demanded him KILL ... KILL ... KILL! On April 21, 2020, SCREAM FACTORY™ is excited to present the highly sought-after Hammer Film cult classic THE CURSE OF THE WEREWOLF Collector’s Edition Blu-ray. Directed by legendary horror filmmaker Terence Fisher (Horror of Dracula, The Curse Of Frankenstein), this horror classic stars Clifford Evans (The Kiss of the Vampire), Oliver Reed (Gladiator), Yvonne Romain (The Last of Sheila), and Catherine Feller (The Little World of Don Camillo). A must-have for movie collectors, this definitive Blu-ray release contains special bonus content, including a new 4K scan of the original film elements, new audio commentaries, and much more! Pre-order is available now at ShoutFactory.com.

Avid fans and collectors, please take note: those who order THE CURSE OF THE WEREWOLF Collector’s Edition from ShoutFactory.com and get an EXCLUSIVE 18" X 24" ROLLED POSTER featuring brand new artwork, available while supplies last!

Directed by legendary horror filmmaker Terence Fisher, this atmospheric tale of terror stars Oliver Reed as the orphan of a maniacal beggar and a mute girl. From his birth to young manhood, he discovers a horrible secret. Try as he may, the cursed man is unable to deny the dark force within him. When the moon is full, he becomes an uncontrollable, seemingly unstoppable killer incapable of distinguishing between friend and foe. Spectacular makeup effects and beautifully photographed 19th-century European locales heighten the suspense of this classic tale of horror.

“THE CURSE OF THE WEREWOLF”

THE CURSE OF THE WEREWOLF Collector’s Edition Blu-ray