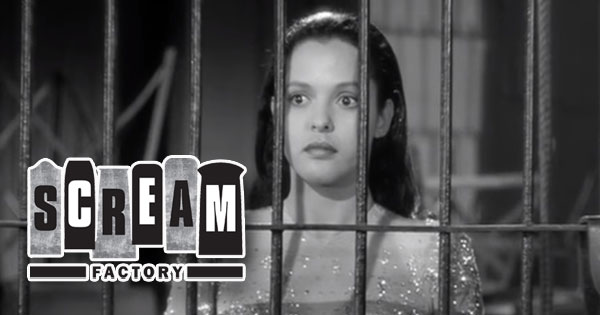 Scream Factory is up to their 5th volume of these unsung monster heroes from the Universal archives. Each is unique and a great window in the time, studio, and genre. Check out the latest upcoming titles below!

The collection includes four tales of terror from the archives of Universal Pictures, the true home of classic horror. A mobster's brain is transplanted into an ape who carries out his revenge in The Monster And The Girl. A mad scientist turns an ape into a beautiful, but deadly woman in Captive Wild Woman. Jungle Woman, the sequel to Captive Wild Woman, is an eerie thriller with all the danger of wild animals on the loose and a sexy killer on the prowl! And in The Jungle Captive, a scientist has experimented on re-animating animals ... but now he has decided to go one step further and re-animate a human!

THE MONSTER AND THE GIRL