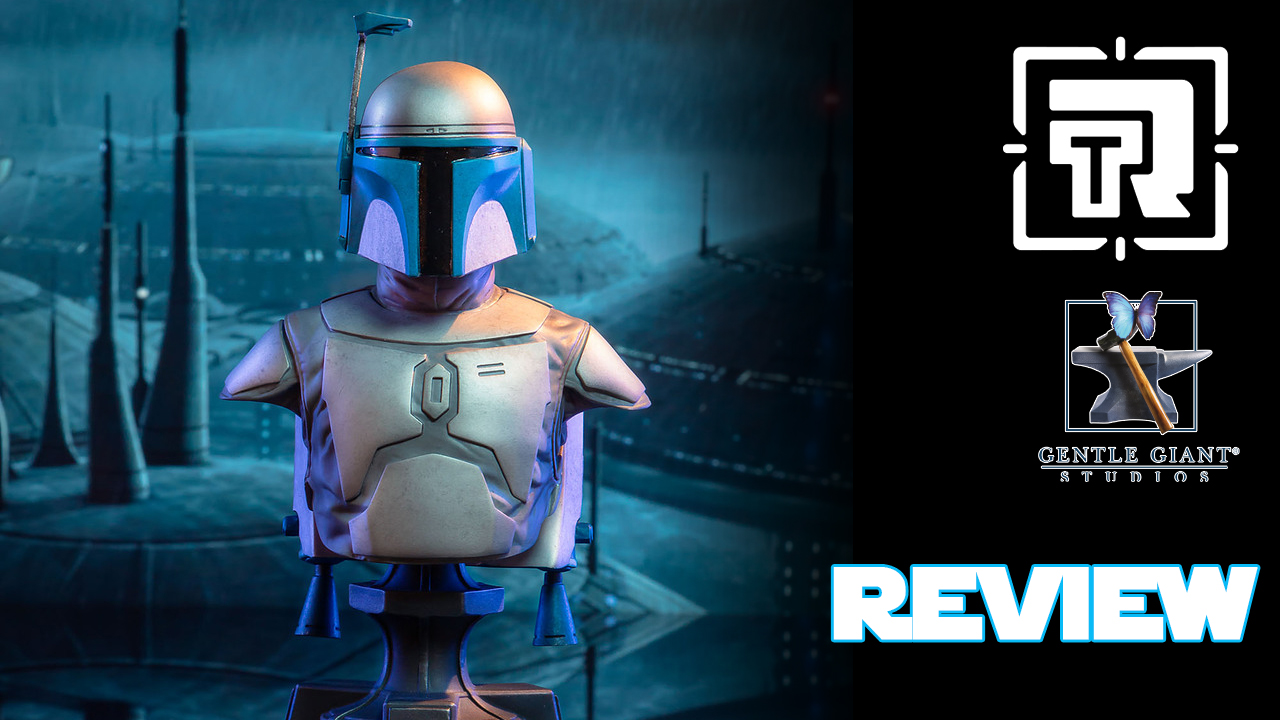 I wasn't a big fan of Jango Fett during his debut during Attack of the Clones, it was the video game, Star Wars: Bounty Hunter, that made me a fan. Since then I have gotten several Jango items and this one, is a must-have for fans of the character.

Official Product Description: Blasting his way into your collection comes the original bounty hunter! Making his way from Star Wars: Attack of the Clones to your display, Jango Fett is the next offering in Gentle Giant LTD's highly collectible classic mini bust line. Like father line son, the Gentle Giant LTD Jango Fett Classic Mini Bust pairs perfectly with our previously offered Premiere Guild Exclusive Boba Fett Classic Mini Bust. Depicted as he appears in Star Wars Episode II: Attack of the Clones, the Gentle Giant LTD 1:6 Jango Fett Classic Mini Bust combines the timeless aesthetics of sculptures from Greek and Roman antiquity with one of the most recognizable bounty hunters in pop culture. Each limited edition hand-painted polyresin bust comes individually numbered and is paired with a matching certificate of authenticity. May the Force be with you!