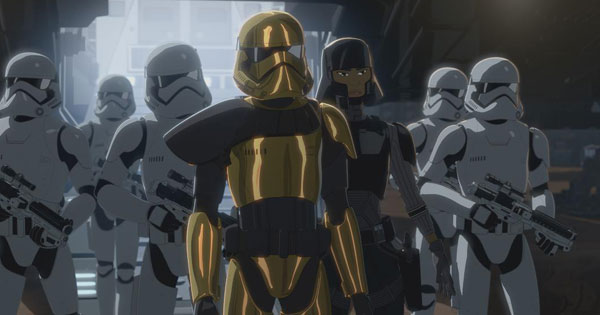 DisneyNOW and Lucasfilm Ltd. have released a preview for the Sunday's Star Wars Resistance! Check it out below!

Press Release: In "Breakout," Kaz and Norath try to help their friends while being pursued by a deadly bounty hunter. Meanwhile Yeager and Synara face Tierny and the First Order.

The new episode - "Breakout" - will also be available SUNDAY, DECEMBER 29th (12:01 a.m. PT) on the DisneyNOW app and Disney Channel VOD, giving kids and families access to the series wherever and whenever they want to watch.