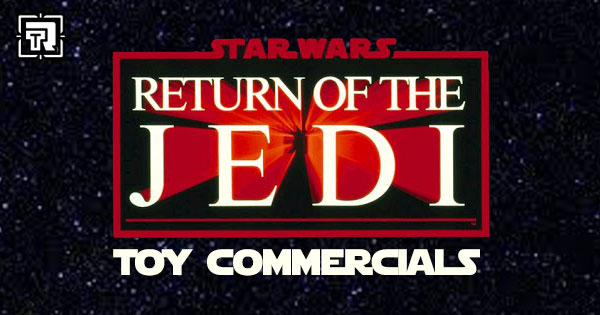 We are celebrating #MaytheFourth here and what better way than to look back at Return of the Jedi (first known as Revenge of the Jedi). We tried to do a good mix of oddball toys, figures, mini-rigs, and above all spaceships! That was the great thing about ROTJ, it literally had everything. We had talk fishing men, meat-eating teddy bears, elephants that played keyboards, and affordable small star vehicles. Get ready to enjoy some pixelated nostalgia. #maytheforcebewithyou

Nien Numb Mail Away
The hype begins... and only 48 figures!

Endor Toys
Years later they did make the exterior of the bunker. I know, I have it.

Speeder Bike
Never ever had one, well, until the re-release. Which was far superior IMHO.

Imperial Shuttle
IMHO they best Imperial ship Kenner ever made. It has been redone by Hasbro, however, this thing was a beast for its day.

Han Solo, Logray, Biker Scout, and Chief Chirpa Figures
I cannot believe they went with a "Big-Head" Han for this commercial, why not a Bespin Han?

Y-Wing
When the hell did this happen in the movie? In all seriousness though, it was a super cool ship.