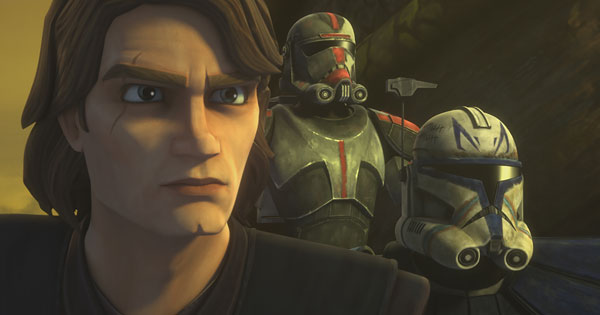 Disney+ and Lucasfilm Ltd. have released a clip for this week's episode of Star Wars: The Clone Wars. Those bat creatures look familiar, especially if you played Jedi: Fallen Order.

Press Release: Anakin Skywalker, Clone Captain Rex, and the Bad Batch make a shocking discovery in the next episode of  “Star Wars: The Clone Wars,” on February 28, only on Disney+.

Synopsis: A mysterious live signal leads Jedi General Anakin Skywalker, Captain Rex, and the Bad Batch to a Techno Union facility where they make a shocking discovery! They get more than they bargained for when they find themselves trapped by Separatist forces in “a Distant Echo,” an all-new episode of "Star Wars: The Clone Wars" Friday, February 28 on Disney+.