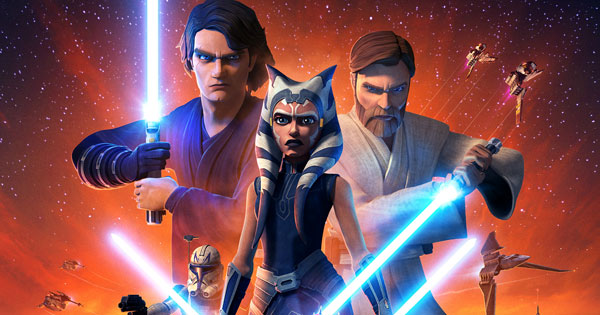 When Disney purchased Lucasfilm Ltd., a casualty of the merger was The Clone Wars. Lo and behold, the powers that be and the internet enticed Disney to finish out the series and bridge the gap, completely, between Attack of the Clones and Revenge of the Sith. More importantly, it will set in place where several characters from the series ended up, before their return in Star Wars Rebels. Check out the trailer and key art below. Thank you, Disney, for bringing this series back and thanks to Dave Filoni, Supervising Director, for keeping the flame alive!

One of the most critically-acclaimed entries in the Star Wars saga will be returning for its epic conclusion with twelve all-new episodes on Disney+ beginning Friday, February 21. Today Disney+ shared the trailer and key art for the new season:

From Dave Filoni, director and executive producer of “The Mandalorian,” the new Clone Wars episodes will continue the storylines introduced in the original series, exploring the events leading up to Star Wars: Revenge of the Sith.