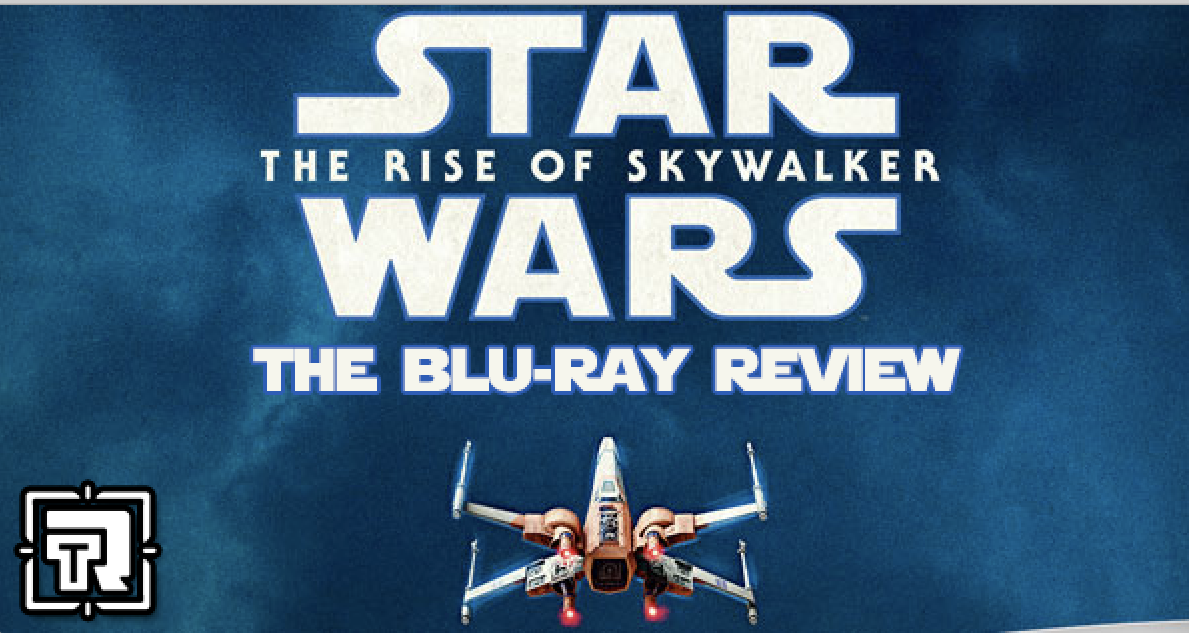 Note: our author reviewed the film HERE, in December. The following is a review of the special features.

With every release of a Star Wars film, from the first VHS to this Blu-ray, there has been a subsequent re-release. Star Wars, outside of maybe James Bond, leads the way with new editions that have special features and additional content. When ‘The Force Awakens’ arrived in 2016, many of us were wondering where all the special features were. The 3D Blu-ray release, months later, delivered what diehard fans were looking for. Why are these special features important? To many (myself included), they are the very heart of Star Wars. You won’t find a review of the film here. Instead, we are going to discuss the special features included on Episode 9’s first release.

So, why are these special features important? Those of us who grew up with Star Wars devoured it like Halloween Candy on Halloween night. The movies were our adventure, but how everything was accomplished became the must-see story behind it. George Lucas documenting everything was not only genius for marketing, but it also launched many into the world of filmmaking. He made household names of crew members like Dennis Muren, Ben Burtt, and Joe Johnston. So much so in my house, that I knew their faces before their names popped up on the screen. We love these behind-the-scenes segments (now dubbed special features). This brings us to the new “The Skywalker Legacy”. This 2-hour documentary spans the entire Skywalker series of films, almost. I was surprised by how much of the original trilogy was encompassed here and how little of the prequel trilogy was present or was just glossed over. Furthermore, the other 5 special features on the disc (very short features) focus on just pieces of the new film. In short, I think, that ‘The Rise of Skywalker’, which looks to have every moment documented, really deserved its own documentary, and ‘The Skywalker Legacy’ should have been included on a subsequent release- much like 'Star Wars' to 'Jedi': The Making of a Saga (1983) got a special additional video cassette in the first trilogy box set and “Empire of Dreams: The Story of the 'Star Wars' Trilogy” (2004) was included in the original trilogy’s first DVD release. Yes, this is the end of the Skywalker Saga, but this film, crew, and its legacy deserved their own documentary.

Please don’t get me wrong, there is still enough here to take joy in and savor. Seeing John Williams on set and filming his cameo was amazing. Topping that was learning that everything in his scene was an homage to his 51 Oscar nominations. Hearing Carrie Fisher’s daughter, Billie Lourd, discuss the end of it all, the loss of her mom, and what Star Wars means to her now was incredibly heartfelt and far better than anything you would get in a 30-second blurb on the red carpet. One person I would have liked to have seen have more of a direct focus on was Eunice Huthart, a stunt coordinator for the film that everyone appears to love. Her intensity for her work is seen on screen and makes ‘The Rise of Skywalker' stand out from the other sequel films.

There are definitely some great things that connect everything together. Hearing Daisy Ridley talking about her lightsaber scenes and training and then seeing Mark Hamill discuss his in ‘The Empire Strikes Back’ is fantastic. However, I wanted something new. Probably because I have seen the previous interviews with Hamill, Ford, and Fisher before. That something new is definitely in ‘Aliens in the Desert’. Seeing everything it took to bring the Pasaana desert scenes to life with the dancing, the hardships of filming in a remote place, and where the extras came from, all makes you want to see more about what it took to make this film.

In the world in which we live in now, everything about a film on this scale is either discussed, divulged, or leaked to the media. So, in many respects, this documentary is just a propaganda piece and marketing tool- the type that George Lucas helped usher into the world of cinema. What is missing here are the scenes that did not make the cut of the film, scenes that Kelly Marie Tran (Rose Tico) spoke of in post film release interviews, that due to the practicality of Carrie Fisher being gone, just didn’t work out. Another glaring thing I noticed was how little time we spent with Ian McDiarmid (The Emperor). Urban legend has it that Doctor Who’s Matt Smith was cast as a young/ clone Emperor. Where is that footage, if there is any? In short, this documentary has a lot of things missing, but again, this harkens back to my original statement: there will be another release.

Here we are, the end. The Star Wars Skywalker Saga has come to its epic conclusion. Yet, Star Wars will live on. Not just as Disney+ streaming shows, but in each generation who passes it on to the next. The force will be with us… always.