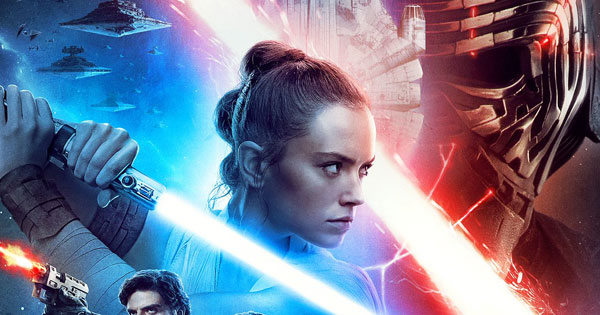 Without a doubt, hater or not, you should see Star Wars: The Rise of Skywalker for yourself. My fandom and what Star Wars means to me is not what it means to you. My feelings on Star Wars: The Last Jedi may be the opposite of your feelings on Solo: A Star Wars Story. Let’s not even get into Disney’s impact on the Skywalker Saga. I have only ever known 2 years of my life without Star Wars. I sit here today, having seen the film only once, satisfied that the Saga has come to an end.

The reveal that Emperor Palpatine (aka Darth Sidious, played again by Ian McDiarmid) is in the film was in the first trailer, it should come as no surprise to even the average fan of Star Wars. His whereabouts and means of survival are revealed very quickly in the story. They have to be as director JJ Abrams is attempting to wrap up a 9 chapter story. Abrams brings more of the mysterious and creepy Emperor back to the Saga, over the nearly comical version in the Prequels. He sets a mood of darkness and hopelessness as Supreme Leader Kylo Ren (Adam Driver) hunts down the Sith Master.

An immediate balance to this dark part of the tale is Rey’s (Daisy Ridley) training by her new teacher, Princess Leia (the late Carrie Fisher). With a message from Palpatine and his newly minted “Final Order”, her training is on hold and the Resistance needs to find a way to stop his second coming.

JJ Abrams manages to string pieces of both his The Force Awakens and Rian Johnson’s The Last Jedi together. I say that because it has now become common knowledge that Lucasfilm Ltd. and Walt Disney did not have a three-act structure for this conclusion to the Skywalker Saga. Yet, Palpatine returning is the most logical choice since it started with his rise to power and will conclude with the second coming. In many ways, this does give the prequels a centralized character. A point of contention with numerous critics and fans is that The Phantom Menace has no lead character, but it’s Palpatine. The strings from The Force Awakens and The Last Jedi attempt to connect who Rey really is and her place in this story. The answer is finally revealed. In all honesty, it does not feel tacked on, but the knowledge of the final trilogy’s production woes still lingers with you just a bit when you think about it; to say nothing about the passing of Carrie Fisher and the larger impact she might have had on the film had she been alive and well in the film. For if the first film was Han’s (Harrison Ford) and the second film was Luke’s (Marvel Hamill), then The Rise of Skywalker definitely belonged to her.

The film utilizes the triad of Rey, Finn (John Boyega), and Poe Dameron (Oscar Isaac) extremely well, so much so that one wishes the three actors would have been given more screen time together in the previous films. They are off to finish Luke Skywalker’s quest and find Palpatine before the Final Order can strike. This adventure is fun, captivating, and everything you want in a Star Wars tale. This quest even allows more screen time for C-3PO (Anthony Daniels), who has also been underutilized in the previous two films, and the re-introduction of Lando Calrissian (Billy Dee Williams).

The film has an interesting structure as Rey’s quest to discover where Palpatine and his Final Order are brings us to her epic confrontation with Kylo Ren. This is not the climax of the story, but his character’s resolution. Throughout The Last Jedi and the first half of The Rise of Skywalker, Kylo is constantly reaching out his hand, asking Rey to join him. Driver plays the conflicted son of Han and Leia extremely well and manages to find a satisfying conclusion to his tale. Yet, as it was from the beginning since we first met Rey, it has all been about her.

Ridley manages to carry the film on her shoulders with great ease; so much so that it will be interesting to see her break away from the franchise that she will forever be associated with. Rey’s journey does conclude and wraps up of this story in the Star Wars Saga.

Outside of the story, there is a larger scope of fandom and what Star Wars means to so many, and this film will not satisfy everyone. I found myself welling up with tears when Carrie Fisher was on screen again, C-3PO saying goodbye to everyone (as seen in the trailers), and the final moments of the saga which bring it all home. We are saying goodbye to something that so many of us have loved so much for decades. We are allowing it to come to an end in a fitting conclusion. The Force will be with, always.