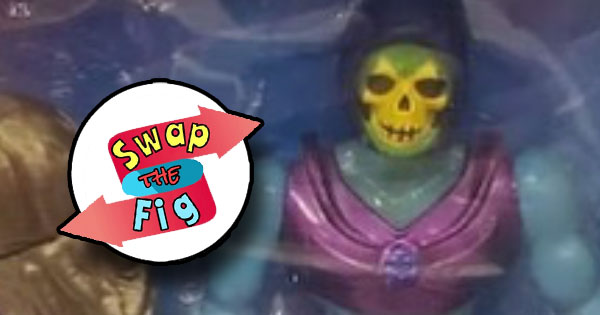 If you are new to the toy collecting hobby or perhaps you only shop online, you may be unaware of the "Swap the Fig" problem. The retail industry is riddled with problems, far too numerous to go into here. A major issue, which we will get into, is a lack of product knowledge. What you will see below is a laughable disgrace by retailers such as Target and Walmart. Less honorable toy collectors are buying a figure they really want. They then swap out a different action figure for the one in their recent purchase. Then promptly return. Why? The reasons are numerous: price of the figure, collectibility, stupidity is a big one, and let us just say, above all, they can get away with it.

We took notice of an Instagram account called "Swap the Fig" (Seen HERE). This crusader is trying to make retailers take notice of what is happening. What is amazing is the loss of revenue that the retailers are incurring because they are not stopping this. The wrong figure in the box means that figure will likely sit on the shelf for, in some cases, years, taking up a spot where no new product will arrive. Because in their mind, the retailers, they have a Marvel Legend or a Star Wars Black Series figure in stock, so why order more? Toy buyers notice a lack of new product on the shelf and will stop shopping there.

What can be done? It's simple when figures are returned, retailers simply need to look them up on their own website or their handheld device (what is known as a Zebra at Target) to see if the figure on the box actually matches the figure in the package. Not to say that people don't get clever in the swapping of figures. We would also like to say that we, Total Toy Recon and Swap the Fig (Instagram Account Holder), do not endorse this practice. In fact, we are trying to stop it. Why? In the long run, it only hurts collectors, kids, and retailers.

So without further eloquence... Target and Walmart, pay attention!

@brandonie87 sent me this these. Who you gonna call!!!! Clearly not Shang chi, Dr doom and the human torch. These morons should have saved these to swap with the new ghost busters figs #swapthefig #actionfigure #actionfigures #marvellegends #hasbro #marvel #starwars #wwe #dcmultiverse #transformers #tmnt #toybiz #mattel #neca #mezco #powerangers