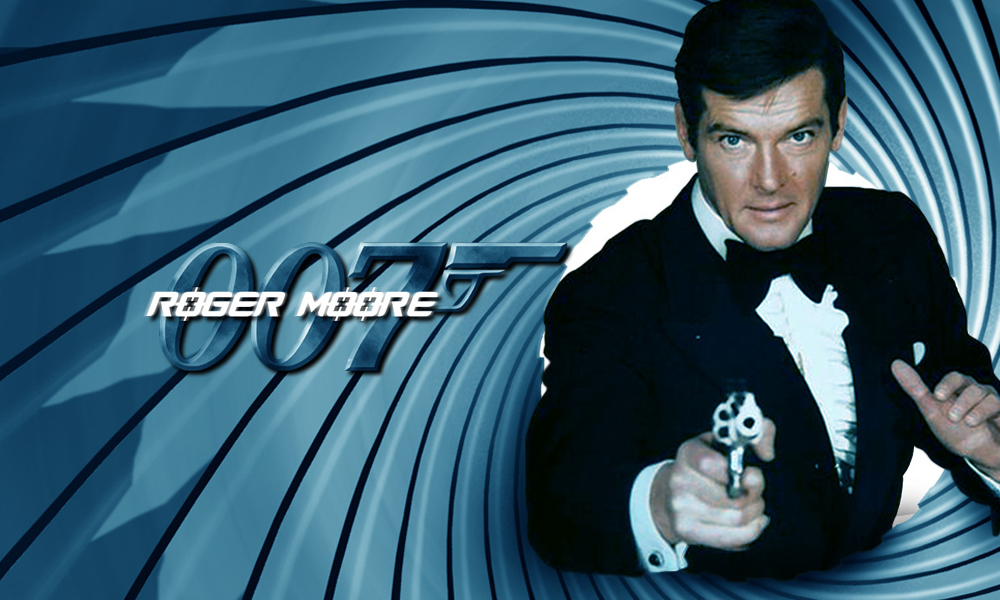 Whether Roger Moore was your favorite James Bond or not is inconsequential. Today we are looking back at his 7 outings as the super spy with exactly how he played the character, with a wink and smile. You’ll forever be a hero to us Mr. Moore and our perpetual host in a world of super spies, beautiful woman, and insane gadgets. We thank you for giving us one hell of a ride, seven times, and continuing to do so as long as there are movies.

Roger Moore really did start out on the right foot in Live and Let Die (1973). Outside of how visually dated the film looks now, the music, the girl, the plot, everything works in this film right up to the final moment. Which is why, after beating Kananga (Yaphet Kotto), Moore gets to deliver a gem of a line like this to Solitaire (Jane Seymour). Jump to 2:32 in the clip below.

Say what you will about Moonraker (1979), actually there is a lot to say and most of it is bad, however, the opening to the film is spectacular.

There were many Bond Girls under Moore’s tenure as 007, however, the first was undoubtedly the best. Jane Seymour’s Solitaire was both pawn and damsel in distress, yet the cunningness of her performance keeps her above the Bond Girl cliche.

Bond villains are usually bent on some sort of world domination, however, Christopher Lee’s Scaramanga was only out to find a suitable challenge in Moore’s 007. The Man with the Golden Gun (1974) is a fantastic treat as the gadgets, story, and women revolve more around the villain than the hero. This alone makes Lee the best Moore villain.

The Best Roger Moore Bond Gadget
The gadgets in a Bond movie were always a staple of the film franchise, not so much anymore. Moore’s best gadget was his Lotus Espirit from The Spy Who Loved Me (1977). It was a car that turned into a submarine!

The Best Roger Moore Bond Sex Joke Not Said By Roger Moore
Usually after Bond would save the day, at the end of the film, we knew what was going to happen next. This particular sex joke, from Moonraker (1979), not only fits the film but well… you know. It arrives at 2:28 in the clip below.

The Best Roger Moore Bond Sex Joke Said By Roger Moore
Moore did have a knack for deadpan humor as Bond, it seems only fitting to give you a sex joke that he said after giving you one someone else said. Enjoy this gem below in The Spy Who Loved Me (1977). Start the clip at 2:32.

The Best Roger Moore Bond Reference Scene
As long as the Bond franchise is, there are not many in references to previous films or non-present characters. George Lansbury has the longest batch of references in O.H.M.S.S. (1963). Moore’s best reference came in one of the worst Bonds to grace the screen, For Your Eyes Only (1981). Here we see Bond visit the grave of his deceased, Teresa.

Have a difference of opinion? Sound off in the comment section below!