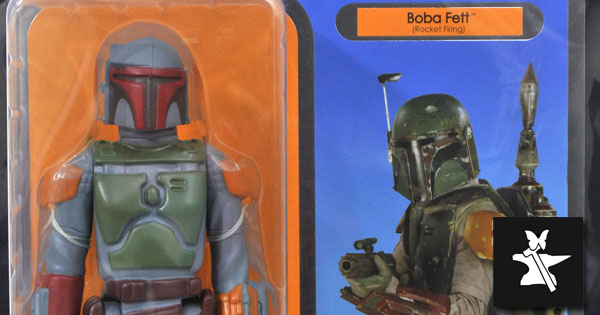 Damn, now these three are exclusives worthy of SDCC! A great Comic-Con exclusive drives you crazy because you cannot live without. Collector's I present the latest offering from Gentle Giant Ltd.

Press Release: That magical time of year is upon us, and Diamond Select Toys has three final San Diego exclusives to announce, all under the Gentle Giant Ltd. banner! One new animated-style statue from Marvel Comics, one new Jumbo figure from Star Wars, and the traditional Star Wars “Concept” mini-bust are all now up for pre-ordering exclusively on gentlegiantltd.com, so read on for details then head over there to place your order!

‍
A Gentle Giant Ltd. release! Doctor Doom has never been more powerful... or adorable! As the savior of the tattered remnants of multiple realities, Victor Von Doom became the God Emperor of Battleworld, and ruled with an iron and all-powerful fist. Now, he's a cute 5-inch statue, based on Skottie Young artwork, but wearing that storyline's distinctive white outfit! Limited to only 250 pieces, each statue comes packaged with a numbered certificate of authenticity in a full-color box. Sculpted by Paul Harding!
SRP: $50.00

A Gentle Giant Ltd. release! Silver foil accents adorn a classic Return of the Jedi blister card commemorating the upcoming 40th Anniversary of one of the greatest sequels of all time. Packaged in a re-sealable clam-shell blister our limited edition Boba Fett has a newly updated glossy sheen that more closely resembles the luster of its original 3 ¾” counterpart. Recreated from authentic Kenner figures and 3D scanned geometry, this 12” scaled Boba Fett retro-collectible features a blaster and a firing rocket. Just like it was when you were a kid… only bigger!
SRP: $80

A Gentle Giant Ltd. release! Before there was Darth Maul, there was the idea of Darth Maul, and this bust is based on that amazing idea! Inspired by Iain McCaig’s concept sketches of the famous Sith Lord, this 1/6 scale Bust shows Maul in his high-collared outfit, and stands approximately 7 inches tall. Limited to only 750 pieces, it comes packaged with a limited-edition certificate of authenticity in a full-color box. Sculpted by Rocco Tartamella.
SRP: $120