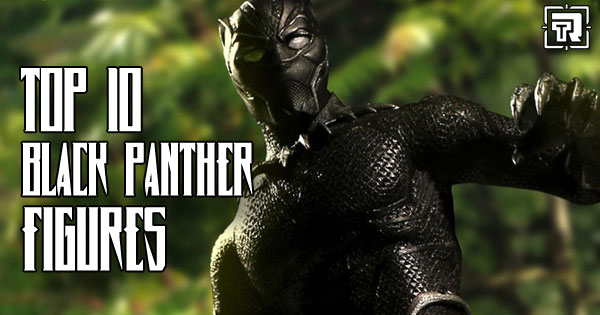 Today, we are tackling the Black Panther. Now there have been a lot of Black Panther renditions over the years. T'Challa does not nearly as many figures as Spider-Man or Wolverine, but still quite a few.
‍

Company: Hasbro
Year of Release: 2017-2018
Style: Black Panther Film
The Why: Obviously, we are starting with a lighter figure. However, the "Pink Panther" Wal-Mart exclusive has really grown on us. It is that no-holds-barred action stance and pink fists of rage that just make this figure awesome. Oh, and it is easy to get and will be around for a long time (as Wal-Mart always over orders).

Company: Disney Store
Year of Release: 2017
Style: Comic Book
The Why: We love that Marvel Select figures always come with a character based display. The figures are also highly articulate. This one is only a few months old, however, it has skyrocketed on the secondary market. Is there a buzz for the new movie? Certainly, and this figure is proof.

Company: Hasbro
Year of Release: 2013
Style: Comic Book
The Why: There is something to be said for this modern classic Marvel Legend. Simplicity. It is a straight rendition of the comic book hero with a simple and unique BAF, Rocket Raccoon before the old Rocket became the Pop Culture icon. Besides, call us nostalgic, but we love the old carded Marvel Legends line. A pain to store, but it reminds us of easier days of collecting when we were the only ones hunting legends.

Company: ToyBiz
Year of Release: 2005
Style: Comic Book
The Why: The oldest figure on the list and one that comes with an arm of the BAF Sentinel! The comic beneath may be Avengers #87 (circa 1971), yet the figure is closer in likeness to the Panther's comic book garb of the late 90's and early 2000's. It's insanely articulated (42 points) and on a blister card. Opening this bad boy is now considered a crime at AFJ HQ.

Company: Hasbro
Year of Release: 2016
Style: Captain America: Civil War Film
The Why: The very first movie Black Panther action figure is reason enough to make our Top 10. There had been numerous Marvel Legend Black Panthers up to this point, but none were as cutting edge as this.

Company: S.H. Figuarts
Year of Release: 2016
Style: Captain America: Civil War Film
The Why: Tamashii Web Shop-limited item caught our eye while we were researching our latest S.H. Figuarts Ant-Man. The size is a tad smaller than we like, but it is hard though to ignore the sculpt and articulation. The Black Panther is a very physical character, and having the ability to pose him however we like earns him our number 5 spot.

Company: Hasbro
Year of Release: 2017
Style: Comic Book
The Why: The Wal-Mart Exclusive (one of two on this list) is that perfect comic book likeness if the fan of the comic is not a fan of the film. Complete with the spear, cape, and necklace, this is the best rendition of the comic book Black Panther to date in the Legends line.

Company: Hasbro
Year of Release: 2017-2018
Style: Black Panther Film
The Why: The Legend Series is quickly becoming our favorite. Our only gripe is that the price point is initially high, but we eventually find them discounted at the big box chains. You cannot say that Hasbro is putting out a bad product, it is just that $49.99 is a bit steep for the average collector or a parent looking to buy their child a toy.

Company: Hot Toys/ Sideshow Collectibles
Year of Release: 2019 (First Quarter)
Style: Black Panther Film
The Why: It is hard to argue against that likeness of Chadwick Boseman in this Hot Toys Black Panther. The articulation (32 points) looks incredible, however, it is the two specialized LED light units (battery operated) that set this apart from any other figure on our list!

Company: Mezco Toyz
Year of Release: 2018 (Fall)
Style: Black Panther Film
The Why: There is something to be said about price point, articulation, likeness, and awe factor. For AFJ, Mezco Toyz nails it on all those points. When this ONE:12 was announced, all of AFJ HQ stopped and huddled around the computer to see what Mezco was going to release. We all agreed here, and said the same thing, "I need that ONE:12". 'Nuff said!