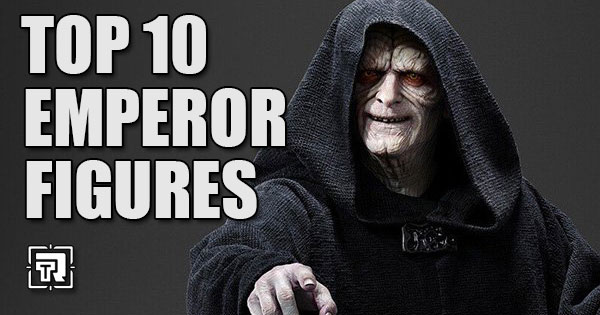 It is time to celebrate and highlight one character in particular. The very same character no one saw coming back to Star Wars. Yes, we are talking about Emperor Palpatine/ Darth Sidious. We wanted to do a top 10 for old Sheev (look it up Millennials) but we wanted to put some limitations on it. It had to be just action figures! This means no Funko Pop!, Hot Toys, or Sideshow Collectibles renditions. They have to be action figures. Which means they have to have “action” capabilities. This also removes Kotobukiya and the Hasbro Unleashed line. We’re talking 3.75-inch scale and 6-inch scale only! What shocked us, after we got past a staple or two, was that there are some fantastic figures out there. So let us know who you had/ have and who just blew you away from this list. #DOWHATMUSTBEDONE

The following are in no particular order.

Return of the Jedi Emperor (Carded and or Mail-Away) - Kenner
I'll admit it, I have a fondness for this figure. The first being that my Grandma clipped all those proof of purchases and sent us our very first Emperor figure in the mail. A complete and total surprise. The other reason is that my brother and I got an Emperor who's legs were on backward. Yes, I still have my very first factory variant.

Star Wars: Expanded Universe Clone Emperor Palpatine - Hasbro
The Dark Empire Star Wars comics were a fantastic storyline and some of the most unique artwork (by Cam Kennedy) for a comic that I had ever seen. When Hasbro started cranking out Expanded Universe characters (now known as LEGENDS) I quickly gobbled these up. I wonder what effect this story had on Episode IX if any?

Star Wars: The Vintage Collection (3.75-inch)- Darth Sidious - Hasbro
Whether he be Sheev Palpatine, Emperor Palpatine, or Darth Sidious it's all one and the same. We love everything about this release. The packaging is incredible, with its image and Boba Fett mail-away sticker, however, what truly makes this Palpatine rank in our top 10 is that sinister look. Love it.

Star Wars: The Clone Wars Darth Sidious (CW45) - Hasbro
The Clone Wars help to shed a lot of light on the schemes that Palpatine had going on. Yet it was his lightsaber duel with Maul on Mandalore that drove us insane with fanboy glee. Again, the likeness here, in his animated appearance, is a testament to what Dave Filoni and his crew created for that series. If we had this one, it would never come out of the package.

Star Wars The Power of The Force - Electronic F/X Emperor Palpatine - Hasbro
Hasbro really tried to up their game, with moderate success, by making slightly interactive figures for the POTF line. By far, the best was Palpatine and the Energy Bolts. A one trick pony, obviously, but we love that get the Emperor's window came with this release too.

Final Jedi Duel (Luke Skywalker - Emperor Palpatine - Darth Vader) (3-Pack) - Hasbro
For a long while, this was the only Emperor with a throne. The three-pack releases were pretty solid there for a while, for Hasbro. Sadly, many of them lost steam when they featured a variety of Episode I characters that were duplicates of characters or featured no one unique.

Star Wars Original Trilogy Collection 2004 Emperor Palpatine Action Figure [Executor Transmission, Transitional] - Hasbro
Another well that Hasbro went to over and over again with the holographic figures. This was an extremely clever and cost-effective method to turn out new figures in the same mold. By far our favorite and pertinent to the introduction of the character was this one, from the original trilogy.

Star Wars: The Black Series Emperor Palpatine (#11 Blue Line) - Hasbro
Now, we know another one is coming, however, this Black Series release, in MINT condition, is still up there in price on FeeBay (aka eBay). It's a fairly straightforward figure however, collectibility comes into play here. Especially if you are the type of collector who has to have them all.

Star Wars Force Unleashed 2008 Emperor Palpatine Commemorative Collection Exclusive Action Figure - Hasbro - Walmart Exclusive
The Force Unleashed was a great concept and in the exact same vein as Star Wars: Shadow of the Empire. Yet, if you started to connect all the dots, to all the properties involved, it didn't make a lot of sense. Thankfully items like this Walmart Exclusive featuring 2 Shadow Troopers and the Emperor did make sense. How? We needed to have the Shadow Troopers in action figure form and be accompanied by their fearless leader.

Star Wars Return of The Jedi Emperor Mailaway Promotion Commercial
Enjoy this small treat and introduction to the mail-away Emperor.