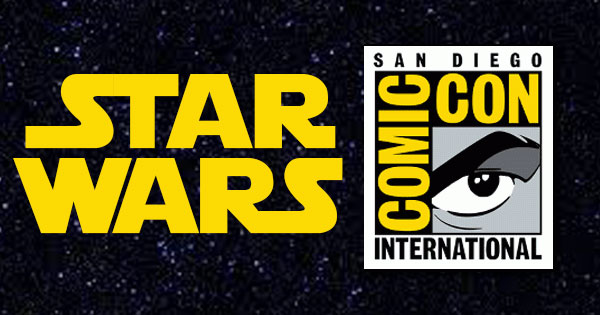 Comic-Con is a horrible bitch goddess of exclusives that you literally worry yourself into a fit trying to get. I have had faster 14 hour days of work in relation to the time I’ve spent waiting in line for an exclusive toy. Personally, nothing is worse than waiting for for a Star Wars collectible that I know I can’t live without. With Comic-Con tnot happening this year, we decided to focus on our favorite Star Wars Hasbro Comic-Con exclusives. Hopefully, we'll be back hutning comic-con exclusives next year!

Year: 2019 Just look at it, do we need more of reason? This is the very definition of Star Wars fandom/ hype. We love this figure and its whole concept. Everything from the packaging to the extra little detail of the Mandalorian logo on the left shoulder pad is what makes it a must-have.

Year: 2019 We love Star Wars, but this is based on Ralph McQuarrie's concept of what a Sandtrooper should look like. To have one of his pieces brought to life, in this manner, makes it a must-have, for us. Thank you Gentle Giant Ltd. and Diamond Select Toys, it's awesome on our mantle.

Year 2018: Created by Kieron Gillen in Marvel’s Darth Vader series, Doctor Aphra quickly became a fan favorite. Think Indiana Jones but more Belloq in nature, who occasionally does the right thing. She is accompanied by her murderous torture droids 0-0-0 (Triple Zero) and BT-1 (Bee Tee). A big regret of mine is not getting this tree pack. Though I doubt I would have the heart to open it.

Year: 2016 This Obi-Wan Kenobi fans of Star Wars and the Black Series line have been waiting for! This figure comes equipped with Jedi robe, 2 lightsabers (his and Anakin’s), an electronic light-up table, and Princess Leia hologram delivering her vital message. They will undoubtedly come out with a brick and mortar store version. It’s the table and hologram Leia you want and need! the Kylo Ren (unmasked is also available), but this is the best of the two.

Year: 2015 The very first Hasbro action figure from STAR WARS: THE FORCE AWAKENS landed at Comic-Con International in San Diego! This 6-inch highly articulated figure was the figure to have. The comparative box help set it apart for its brick and mortar release.

Year: 2015 Does the box make the figure? It can when you know you will never remove them from it. However, this Black Series rendition of the vile gangster begs you to take him out and display him with all your other Black Series figures. The brick and mortar version pales in comparison to this one. In fact, it is just straight up not worth buying.

The Black Series Boba Fett with Han Solo in Carbonite

Year: 2014 People went practically mad trying to get this piece. This exclusive was actually offered at both Comic-Con and Star Wars Celebration Europe. The line to get one at the Hasbro Booth was insane. Sadly, it was one of the few exclusives not being sold online, initially, or at the online Celebration store. Upon seeing the line, I wrote off getting one. Thankfully, I went back the next day and picked one up like I was buying a carton of milk. Chalk it up to first-day craziness I guess.   Picking up this convention exclusive was the only way to get Han on ice and the sweet box.

Year: 2012 That year Hasbro hit fans with a Carbon Frozen Jar Jar Binks. He was one of seven figures who came in a packed in a Carbon Freezing Chamber style box. Yes, did you get two Jar Jar figures, but it was worth it.

Year: 2011 Big, bad, and fully operational (well not really), this was the Star Wars collector item of that year. The Revenge of the Jedi tie-in was a brilliant and fitting tribute to the film’s anniversary. It was also the only way to get a carded Salacious Crumb and Mouse Droid.

Year: 2007 If you noticed there was a huge leap from 2011 exclusives to 2007. Many of Hasbro’s awesome Comic-Con exclusives focused more on their Marvel properties in that time. The Star Wars Exclusives for those missing years really lacked a punch, except this one. This exclusive was also a great first for the Shadow Trooper line, it had a vehicle!

Year: 1976 The most precious of precious Star Wars Comic-Con exclusive is the original one-sheet that was given away back in 1976. Better known to collectors as “The Chaykin”. Named, rightfully so, after its artist Howard Chaykin. The irony is, that you will still be able to find one at Comic-Con. Only its far from free.