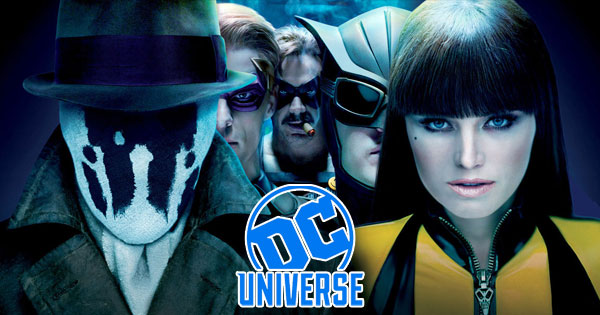 What to Watch and Read on DC UNIVERSE In May

DC Universe has announced all the comics you can read as well as all the movies and TV shows that will be available in May. Check out the full press release below.

Take Note: DC Universe update the list below for May on April 15th.

Press Release: Here’s what’s new to read, watch and binge in May on DC UNIVERSE, the ultimate digital subscription service for DC fans, where members can read and watch their favorite comics, movies and more!

Returning to the service on May 1 for a limited time is Zack Snyder’s 2009 feature Watchmen starring Jackie Earle Haley (A Nightmare on Elm Street 2010) as Rorschach and Golden Globe®️ nominee Patrick Wilson (Fargo) as Nite Owl. Watchmen: Under the Hood, the adaptation following Hollis Mason (Stephen McHattie, Pontypool) as he becomes a masked superhero known as Nite Owl, will also become available on the service that same day.

The hilariously wicked original animated series Harley Quinn continues to debut new episodes every Friday. Be sure to catch the latest adventures of the infamous Clown Princess and her crew as the Injustice League stands in her way of taking sole control of Gotham City.

On May 12, DC UNIVERSE’s ever-expanding digital comics library will reach 23,000 books! This month, the digital service will be adding over 200 titles featuring Scooby-Doo and friends, including SCOOBY APOCALYPSE, SCOOBY-DOO TEAM-UP and more! Also available are more children-friendly Scooby-Doo selections families can read together while sheltering in place. Other comics new to the service include DC’s one-shot YEAR OF THE VILLAIN #1, featuring stories from Scott Snyder, Brian Michael Bendis and more, James Tynion IV’s BATMAN/TEENAGE MUTANT NINJA TURTLES III and the debut issue of the terrifying apocalyptic tale from The New York Times best-selling writer Tom Taylor, DCEASED #1.

To stay up-to-date with the latest happenings in the DC UNIVERSE, tune-in to DC Daily with free new episodes posting Monday through Friday!

Not a member yet? Happy to get you set up with a trial, just send me an email!

New to WATCH This May:

New to READ This May: