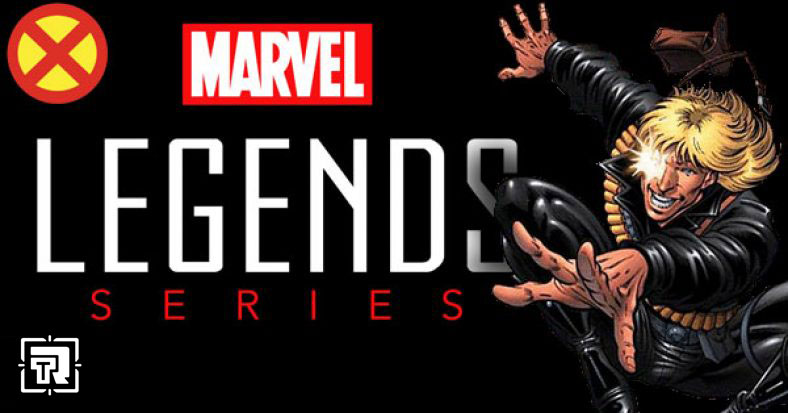 Hasbro's Marvel Legends line is a behemoth to collect. Not only are they constantly expanding the line, but they are also releasing characters from Marvel's movies and their TV shows (oh, and video games now too). The logic behind what characters are chosen can be a bit confusing. Sometimes it can be who is going to resurface in the comic universe. Another factor can be fan demand. There is, of course, all the factors we, as fans, are not privy too. We decided to poke the dragon that is the Marvel Legends fandom with a list of our own. These are our X-Men wants!

Identity: Unknown
First Appearance: Longshot #1
Powers: Psychometry, an expert in hand-to-hand combat, and extremely lucky.
Last Action Figure: There was a Marvel Legend of Longshot released in 2006.
Why: Superignglsy, the 2006 figure is reasonably priced on the secondary market. It's a decent figure too. Perhaps this is one for the die-hard X-Men fans but he is long overdue for re-release with new articulation.

Identity: Major Christopher Summers
First Appearance: X-Men #104
Powers: Skilled pilot and swordsmen.
Last Action Figure: 1994, Toy Biz release. It was only a 4.75-inch scale release.
Why: The X-Men, by Disney, were the untouched characters of the Marvel Universe. With Disney owning all the other characters, they deemed it fit to leave many of the X-Men out of circulation. This caused characters like Cyclops' father to be left to the pages of the comics. The whole Starjammer team would be great as a SDCC box set. However, with the Retro Marvel Legends getting a lot of attention, Corsair is a perfect match for that line.

Identity: Madelyne Pryor
First Appearance: Uncanny X-Men #168
Powers: A full spectrum of magical abilities.
Last Action Figure: A Toy Biz Previews Exclusive, 5-inch scale.
Why: A lot of people want the one time wife of Scott Summers in the black outfit. It is not hard to see why, however, is this something Disney is going to greenlight? I already feel as if Legends are adult collector toys. The Goblin Queen in this outfit pretty much nails that moniker. With that being said, she is often tapped as the subject for statues from Marvel so there is a chance.

Identity: Sebastian Hiram Shaw
First Appearance: The Uncanny X-Men #129
Powers: Mutant with the ability to absorb different types of energy.
Last Action Figure: None.
Why: An odd choice, but at this point, he has never had a figure made. Fans love to do customs of him which makes him long overdue.

Identity: David Charles Haller
First Appearance: New Mutants #25
Powers: Reality Warping, Time Travel, Shapeshifting, and Time Travel.
Last Action Figure: None, as far as we could find, never in any size.
Why: Hasbro has released a few characters from the live-action Marvel TV shows but not Legion, as portrayed by Dan Stevens. It would open the flood gates from characters for all their TV shows if they did.

Identity: Calvin Montgomery Rankin
First Appearance: Exiles #1
Powers: Able to Mimic the abilities of at least 5 different individuals.
Last Action Figure: None.
Why: The ability to adapt five different individuals would allow for some incredible accessories and attachments. Above you can see Calvin with Colossus' skin and Wolverine's claws. This one-time Avenger is a perfect addition to the Marvel Legends line.

First Appearance:X-Force (vol. 1) #116
Powers: Flight, the ability to replicate physical objects, can store physical objects within.
Last Action Figure: 2004, as an accessory to Deadpool.
Why: Doop is one of those odd little characters that warranted a figure but only as an accessory to another figure. When Spider-Ham was released, it showed Hasbro that small characters could get a big release (at the $19.99 price point) as long as the Build-A-Figure piece made up the financial difference. Doop could see the action figure aisle again with this in mind.

Identity: Franklin Richards
First Appearance:Fantastic Four Annual #6
Powers: Matter and Energy Manipulation.
Last Action Figure: Franklin Richards, as a child, has had a figure. We are focusing more on the older/ futuristic Franklin from the Days of Future Past storyline.
Why: Retro X-Men and classic storylines always go over big the X-Men fans. Though very simple in design, this figure would make another great Walgreens Exclusive.